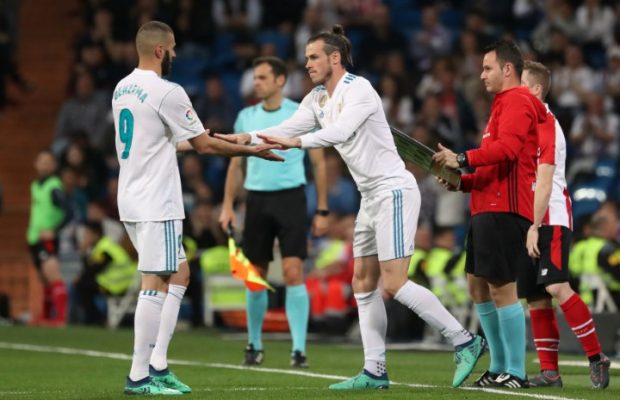 Madrid are missing Hazard for the Super Cup.

And now, some more injury concerns have hit them.

Gareth Bale and Karim Benzema have joined Eden Hazard on the sidelines at Real Madrid and will sit out the upcoming Spanish Super Cup competition. The Blancos had already moved to rule Belgian playmaker Hazard out of their plans ahead of a trip to Saudi Arabia. And another two casualties have been added to their list of absentees despite both Bale and Benzema figured in a 3-0 victory over Getafe in La Liga on Saturday. The former completed the full 90 minutes, while the latter managed 81 before being replaced by Luka Jovic.

French striker Benzema has taken a knock to his left leg, with a fitness update delivered by Real on their official website reading: “After the tests carried out today by the Medical Services of Real Madrid, our player Karim Benzema has been diagnosed with a lesion in the semimembranous muscle due to bruising on his left leg.”

Real Madrid added on Bale: “After the tests carried out today, Gareth Bale has been diagnosed with an infection in the upper respiratory tract.” The Wales international will be disappointed to find himself out of contention once more. He has endured another injury-ravaged campaign in 2019/20. He has been restricted to just 14 appearances as a result, with his only goals coming in a meeting with Villarreal back in September.

The duo will not travel to Saudi Arabia, where they face Valencia in the semi-finals of a revised four-team tournament on Wednesday, after being left out of a squad list released by the club. The winner will face either Barcelona or Atletico Madrid in the final in Jeddah on Sunday.