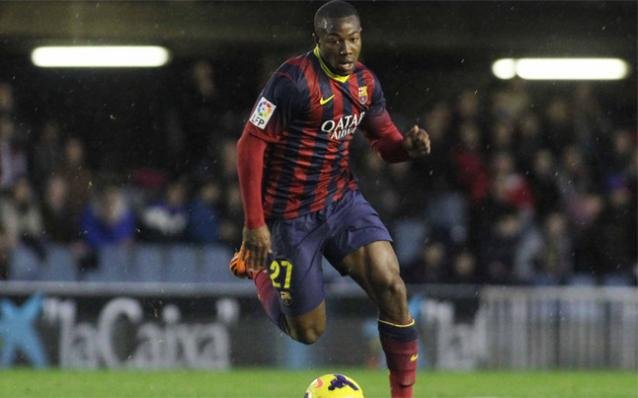 The 19-year-old had been linked with moves to Liverpool and Stoke in recent weeks but has now reportedly penned a 3-year deal at Villa Park.

The Spaniard was left out of Barca’s pre-season and won’t be involved in tonight’s Super Cup clash with Sevilla.

Stoke boss Mark Hughes recently revealed that representatives had been in negotiation with the youngster but admitted they faced a tough battle with other clubs to get him.

Hughes said: “We’ve had discussions with him (Traore) and they are ongoing.

“Obviously with a player like him there’s other clubs talking to him. It’s not in our remit to make the decision for him.”

But it appears Tim Sherwood has managed to secure another deal in what’s been a busy transfer window for the club.