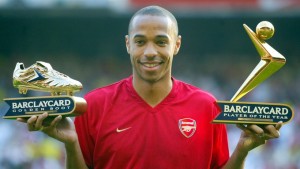 Finally the Player with the most Premier League Golden Boots is Thierry Henry. The retired footballer has 4 to his name, all coming when he was playing for Arsenal.

He won his final Golden Boot by scoring 27 goals in 32 games for Arsenal to rack up his 4 Premier League Golden Boots which is the record number.

Matt Doherty backed to transform things around at Spurs

Matt Doherty backed to transform things around at Spurs