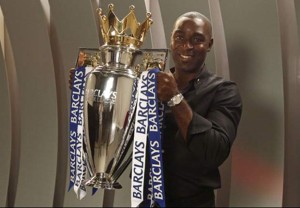 Coming in at number 6 is Andrew Cole. The former English international footballer has only won one Premier League award which came while playing for Newcastle United in 1994. In that season, Cole scored 34 goals in 40 appearances for the Magpies, which is the joint record number of goals in the season.