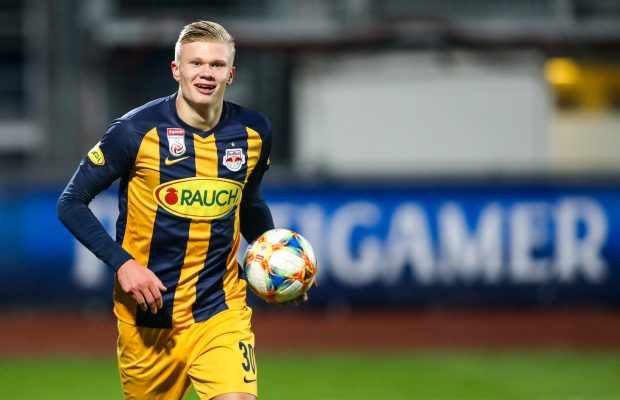 When RB Leipzig’s star striker Erling Haaland chose to go to Borussia Dortmund after having almost signed with Manchester United, everyone was pretty much shocked.

Haaland was asked why he chose Dortmund over Manchester United.

Haaland replied: ‘It’s a funny question. ‘I chose Dortmund because my feeling was best here.

‘When I mention it, I start to smile because I like the club and how it is, so that’s why. I like everything, all of it.

‘[The Bundesliga] is a good league with a lot of good players. ‘It’s a great league, the teams play nice football and I think it’ll fit me.’

‘I don’t think we’ve had that kind of striker since Robert Lewandowski,’ Reus told Sky Germany.

‘He gives us the option to be more flexible and to play in different systems and styles.

‘He’s a very open guy. First of all, it’s important to get to know him.

‘He gives us another way of playing and we have to be able to work with him, too, and bring out all his strengths. But that will all come about in time.’