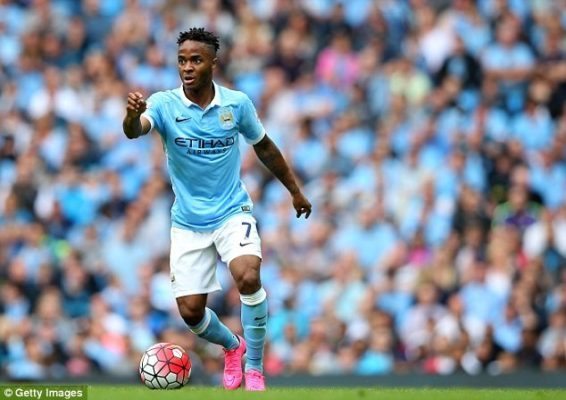 It’s been another exciting summer in the transfer window with Premier League teams spending over £900million combined as they looked to improve their squads for the coming season.

But how did your club do? Was the summer a success? Did they spend their money wisely?

Arsenal have been tipped for the title by many this season, and made a superb signing in Petr Cech from rivals Chelsea early on in the summer. However, no additions outfield has left many fans frustrated, and has proved costly with striker Danny Welbeck today being ruled out for a number of months with a knee injury. Fans will have to wait and see whether Cech alone can really get them to where they really want to be this season.

Villa manager Tim Sherwood has opted to sort out his team’s leaky defence this summer, by bringing in Joleon Lescott and Micah Richards from West Brom and Manchester City respectfully. However, he failed to truly replace Christian Benteke, who departed the club for Liverpool in a £32.5million move, and signing unproven strikers will leave Villa rather vulnerable up front until January at least.

Bournemouth needed a mix of experience and hungry players in order to try and make it out of this season still being a Premier League club. Eddie Howe’s additions may not all be household names but it’s clear that the depth the squad now has could be enough to compete throughout the season. Players like Glenn Murray from Crystal Palace and Sylvain Distin will be very valuable additions to this Bournemouth side.

Chelsea have focused their money more on attacking this summer, but failed to bring in the one defender they truly wanted. Despite making good signings in Pedro and Asmir Begovic to replace the loss of Petr Cech, they’ve took a risk bringing in Falcao on-loan after his dire season at Manchester United last year, and possibly overspent signing 21-year-old Baba Rahman from Augsburg for £21million. Only time will tell whether these new signings can be enough to help Chelsea recover from their slow start to the season, or whether more recruitment will be needed in January.

As far as value for money goes for mid-table Premier League clubs, you won’t see signings much better than Palace signing Yohan Cabaye for£12.8million. It was an absolute steal for a player of his quality. They managed to add to their attacking force, signing Connor Wickham from Sunderland, and despite losing Glenn Murray to Bournemouth, they managed to keep powerhouse Yannick Bolasie at Selhurst Park, which will be a massive bonus for them.

Everton fans will be most pleased at their club’s resilience in the John Stones situation, holding onto the defender despite being tested with him handing a transfer request. As far as signings go, they’ve done well in that department too, they’ve signed pacy winger Gerard Deulofeu from Barcelona, who impressed on a loan spell for the Blues a couple of years ago. They also signed Aaron Lennon, who was struggling to get a game at Tottenham. Tom Cleverley was also recruited from Manchester United for free.

The loss of the influential Esteban Cambiasso was a blow for Leicester, but the recruitment under new boss Claudio Ranieri has been encouraging. Shinji Okazaki already looks to have settled into a Foxes team which is unbeaten after four games.

The loss of Raheem Sterling could be seen as a help or hindrance for The Reds, and only time will tell whether the new signings will be good enough to fire this team into the top four. The most notable signings were striker Christian Benteke from Aston Villa for £32.5million, and forward Roberto Firmino from Hoffenheim for £29.5million. Despite a goal for Benteke in his first home game against Bournemouth, Liverpool have seemed to struggle giving him the service he needs so far. They also tightened up at the back, signing promising young right-back Nathaniel Clyne from Southampton for £12.5million. The loss of Steven Gerrard in midfield will leave a big hole in the side and it’s unclear right now whether Liverpool have done enough to fill that gap.

After collapsing in the second half the season last term and in the end failing to give Chelsea a real title challenge, Manuel Pelligrini has worked hard over summer to put things right. He signed forward Raheem Sterling from Liverpool for a huge £49million, which many argue is far too much for such a young player. Late on in the window, he paid £52million for ex-Chelsea playmaker Kevin De Bruyne, arriving from Wolfsburg after a very impressive season. He added to his defensive reinforcements by signing Nicolas Otamendi from Valencia for £32million, and more English talent in Fabian Delph, from Aston Villa for £8million.

United have kept a fine balance between buying both young and experienced players in this window, starting off with signing young Memphis Depay from PSV for £25million, and a late £36million deadline day bid for teenager Anthony Martial from Monaco, which many view as a panic buy. They bought well in controlling midfielders Bastian Scheweinsteiger from Bayern Munich and Morgan Schneiderlin from Southampton. They had to offload record signing Angel Di Maria for a nearly £30million loss after a disappointing season from the Argentine. However, the biggest news came with the collapse of the David De Gea transfer to Real Madrid, and United fans will have mixed feelings on keeping their world class goalkeeper. Will he keep playing for United? Will his form be affected? We shall wait and see.

It was obvious Steve McClaren had a lot of work and rebuilding to do at St. James’ Park this summer, but all that can be said about the signings made is that they’re a work in progress. Aleksander Mitrovic is the one making all the headlines, with his discipline record on the pitch already making him look like the new Balotelli. Other than that, no one has grabbed much attention and the Toon sit 19th in the table.

Nobody in the league spent less than Norwich in the league in the summer, with manager Alex Neil choosing to keep faith in the majority of the squad that earned the team promotion in the last campaign. The loss of Bradley Johnson did not prompt a good reaction from fans on the deadline day, but Norwich have made a solid start to life back in the Premier League.

Another tough summer for Southampton, as they failed to keep hold of midfielder Morgan Schneiderlin and right-back Nathaniel Clyne. Both were key players in the Saints’ being the surprise package in the league last season. So far a draw against Watford and a heavy home loss to Everton have indicated that Ronald Koeman’s replacements are struggling to fill the void that has been left, but at least Victor Wanayama and Graziano Pelle still stayed.

Stoke made very impressive signings this summer but have struggled to gain the results to reflect that. They’ve taken in Shay Given from Aston Villa, Glen Johnson from Liverpool and Ibrahim Affelay from Barcelona, all for free. However, the signing Stoke fans will be most excited about is record-signing Xherdan Shaqiri, signed for £12million from Inter Milan. The results aren’t coming yet, but the performances are very encouraging from The Potters.

A very disappointing start to the 2015/16 campaign has sadly reflected Sunderland’s performance in the transfer market this summer. Dick Advocaat had to act fast to try and save his side from a very tough season by making three late signings to boost a team that were battered by Norwich and Leicester. Their biggest signing of the summer was the arrival of Italian striker Fabio Borini for £10million from Liverpool, who enjoyed a successful loan spell at The Stadium Of Light two seasons ago.

On paper, Swansea have had arguably one of the less exciting summers in the transfer window. But what business Garry Monk has done has worked wonders for his side. Andre Ayew’s free transfer from Marseille already looks like one of the best bargains involving any Premier League team, and an early-season win at home to Manchester United will only boost their confidence even more.

Tottenham did themselves plenty of favors this summer by offloading players rather than the players they brought in. They finally sold flop Roberto Soldado to Villareal for £7million, while underwhelming central midfielder Paulinho departed for Guangzhou Evergrande. What will disappoint fans is the fact that there was no improvement to their attacking line this summer, leaving Harry Kane as their only recognized striker until January at least.

An incredible 15 players signed showed that manager Quique Flores didn’t have complete faith in the squad that got the club promoted to the league the previous season. Etienne Capoue was the biggest arrival from Spurs for £6million, along with striker Obbi Oulare for the same price. Overall they produced a net spend only to be beaten by the Manchester clubs, Chelsea and Newcastle. The signings could either be a stroke of genius to keep them in the league or the amount of signings could leave the team struggling to gel and be their downfall.

The big question coming from the Hawthorns is, was keeping striker Saido Berahino a success or failure? The drama concerning the striker on deadline day has lead to the Baggies keeping a seemingly very unhappy striker rather than taking the £20million Spurs were offering. They seemed to be preparing Berahino’s departure by signing Zenit St. Petersburg’s Saloman Rondon for £12million and Rickie Lambert for £3million from Liverpool. However, this wasn’t the only area strengthened for West Brom, so it’s not all worries and troubles for manager Tony Pulis. They also grabbed central defender Jonny Evans from Manchester United for £6million, and Arsenal’s pacy winger Serge Gnabry on loan.

West Ham’s decent start to the season has been helped by their new signings making an impact, and four deadline day signings really gave the club a boost. Nikica Jelavic joined from Hull for £3million, along with wingers Victor Moses and Michail Antonio from Chelsea and Nottingham Forest respectively. They’re top signing was Alex Song, who joined from Barcelona on-loan for the season. They offloaded winger Stuart Downing, who went back to Middlesborough for £5million. The deadline day will add even more strength to a side who have already put 5 goals past Liverpool and Arsenal combined this season.