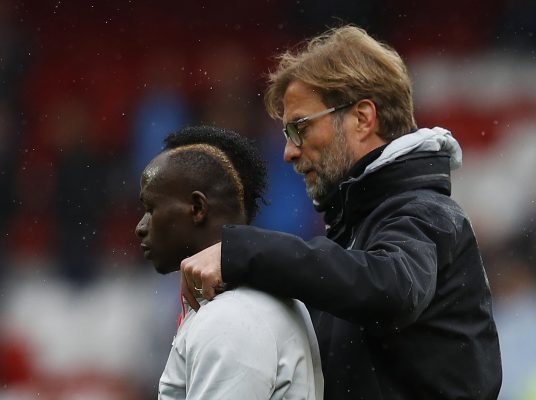 Liverpool manager Jurgen Klopp has provided a mixed injury update as he confirmed the availability of Sadio Mane for the Champions League game against Red Star Belgrade. Naby Keita and Jordan Henderson are the absentees as they continue to recover from injuries.

Mane didn’t make it to the squad as Liverpool edged Huddersfield Town 1-0 in the Champions League. The Senegal international was recuperating from a hand injury which he suffered during the international break but is now ready to make up for his absence.

Henderson had to be substituted after he suffered a hamstring injury and he is likely to stay on the sidelines for a little longer period. Klopp said, “Sadio looked good in training in the last two days.

“He trained completely normal, so if nothing happens he is in contention. I learnt that word a second ago actually! So that’s good. We’ll see.”

“Naby will not be available, Hendo not as well. Naby is in a good way already. He’s outside running and all that stuff. So we’ll have to see. We take it now day by day. We cannot put any pressure on that, we have to see when he is fully fit. It should not be that long any more.

“Hendo got a little hamstring injury in the game and how I understood it is that it is not too serious but serious enough that he will not be available tomorrow and not at the weekend also. Then we will count the days. Hopefully he will be back for Arsenal but for the next two not available.”