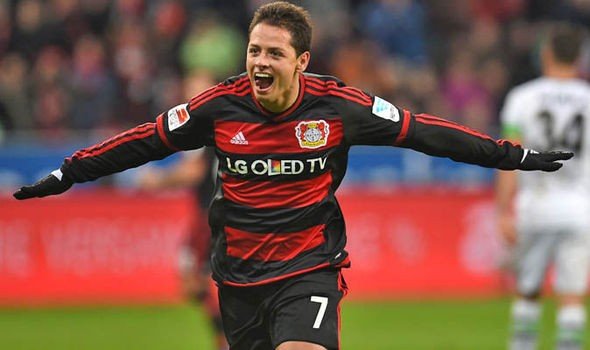 Bayer Leverkusen chief executive Rudi Voller is adamant that hotshot forward Javier Hernandez is not about to make a return to the Premier League.

Former Manchester United star Hernandez was let go in the summer by the Red Devils, joining Leverkusen after spending the 2014-15 season on loan at Real Madrid.

And the man known as ‘Chicarito’ has settled into life in Germany quickly, with 19 goals from 22 appearances, as well as being named Bundesliga Player of the Month for November and December.

His sparkling form has reportedly caught the eye of Arsenal, with the Gunners seeking support for Olivier Giroud. Alexis Sanchez has also apparently sounded out to the Arsenal hierarchy regarding the Mexican.

Despite the interest, Voller insists Hernandez is not about to exit the BayArena.

He said flatly: “We’re not selling Chicharito to Arsenal or anyone else.