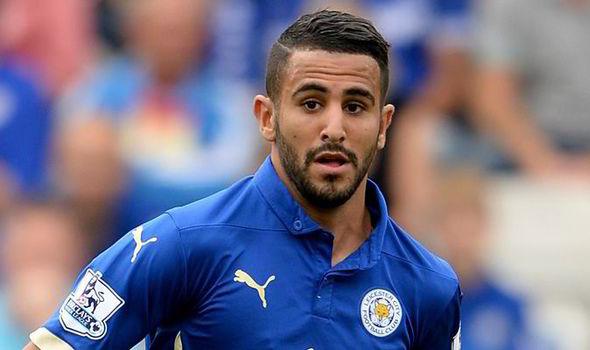 Manchester United are being linked with a big money move for Leicester’s in-form winger Riyad Mahrez in the January transfer window.

Mahrez has had an unbelievable first half of the season having netting 13 league goals and assisting 6 others, form which has taken the Foxes to the top of the Premier League table for Christmas.

The 24-year-old has now grabbed the attention of United, with Arsenal also keen on the Algerian as both sides look to add in the winter window in an attempt to catch Claudio Ranieri’s men at the top of the table.

With United currently struggling for form and goals, under pressure boss Louis Van Gaal is set to spend in January to put his sides’s form back on track following Saturday’s 2-1 home defeat to Norwich and a 2-1 defeat at Bournemouth last week.

But they’ll face stiff competition from Arsenal, with Arsene Wenger keen to add depth to his squad after they qualified for the knockout stages of the Champions League earlier this month.

However, it’ll take a huge bid for Leicester to even consider selling Mahrez, as well as a lucrative contract offer for the player who seemingly has no reason to leave the club considering their current league position.