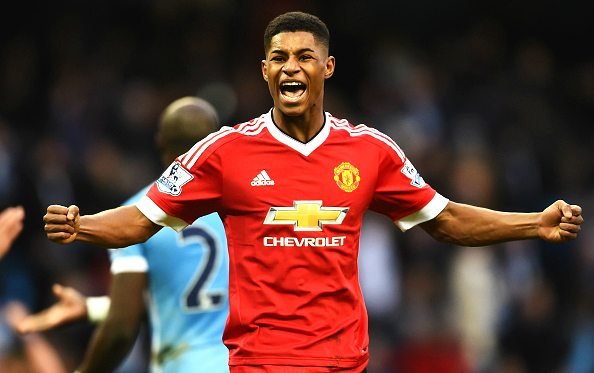 Pele has wished England striker Marcus Rashford good luck ahead of his first senior international tournament with the Three Lions at Euro 2016 in France this summer.

The Manchester United youngster has taken professional football by storm, since introducing himself to English and European football back in February – scoring twice on his debut against FC Midtjylland – and has proved his worth for a Euro 2016 call-up.

But while the 18-year-old prepares himself for the European Championships, one of Brazil’s finest hopes the tournament is a success for him, with Rashford little more than a year older than Pele, when he featured in his first international tournament in 1958.

“He is almost the same age as I was.” said Pele. “I was a little bit younger than him and it was as big a surprise to me. I wish him the same luck that I had.”

Manchester United fans started the season with no clue about what was to happen with one of their club’s academy players.

Rashford was an unknown to almost all football fans before his February debut; but two goals in the Europa League, followed by two on his Premier League debut against Arsenal has seen him rise to prominence.

And as things looked like they couldn’t get any better, his fine form for the Red Devils earned him a call-up to Roy Hodgson’s provisional England squad for Euro 2016, before earning a shock selection for the final 23-man squad.

Having started the season as an outsider looking in, Rashford will now head to France with the chance to make a name for himself on the world stage, as he looks to help his nation to glory.