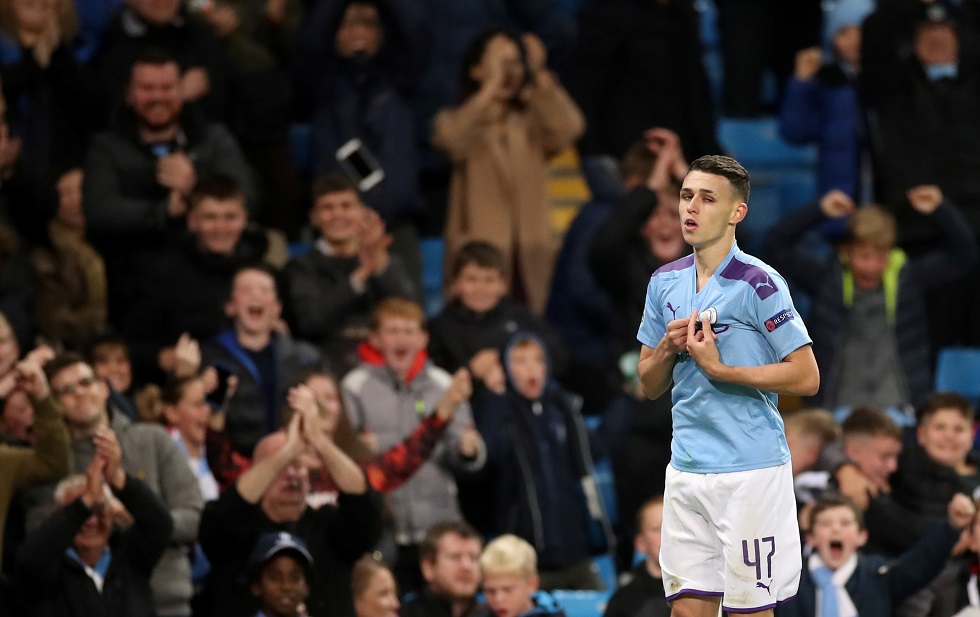 Phil Foden has received an apology from his own manager after being denied playing time at Manchester City.

Pep Guardiola repents the fact that he cannot field the teenage midfielder on a regular basis despite his outstanding performances every now and then.

Foden again made a strong case for his selection on Tuesday night, scoring the final goal against Dinamo Zagreb to seal a 2-0 win at the Etihad Stadium. He came off the bench in the second half and combined with another substitute, Raheem Sterling to find the back of the net.

“He deserves to play,” Guardiola said about the Englishman. “I want to give him minutes. Every time I don’t play him, I am in front of him saying I’m sorry. But it’s Kevin De Bruyne there, Rodri, Bernardo Silva, David Silva, Gundogan, I’m so sorry. I know the best way to grow up is to play minutes, but he’s so young.

“I don’t know how many players his age that have played more minutes in the recent past, the minutes he has played the last season with us, but he’s going to be an incredible player for us in the future. We trust in him a lot. But it is what it is.”

“I said many times, in a few years he will be a better player than today,” Guardiola added. “Raheem is a player when we cross, he’s always there. He has this talent, he loves to score goals, he’s always there. They defended really well, one against one. He said I think a few days ago about the chances he missed at Everton, but he was never upset, he was thinking about the next one.

“And that’s the point I think the feeling I had when we arrived here, he’d play good but the goal he didn’t care about. Now the movement is there. But still, he can improve in the last decision. The pass to Phil was perfect for his assist, but he has a little gap to improve to be even more clinical. That’s why he has scored a lot of goals in the last season.”