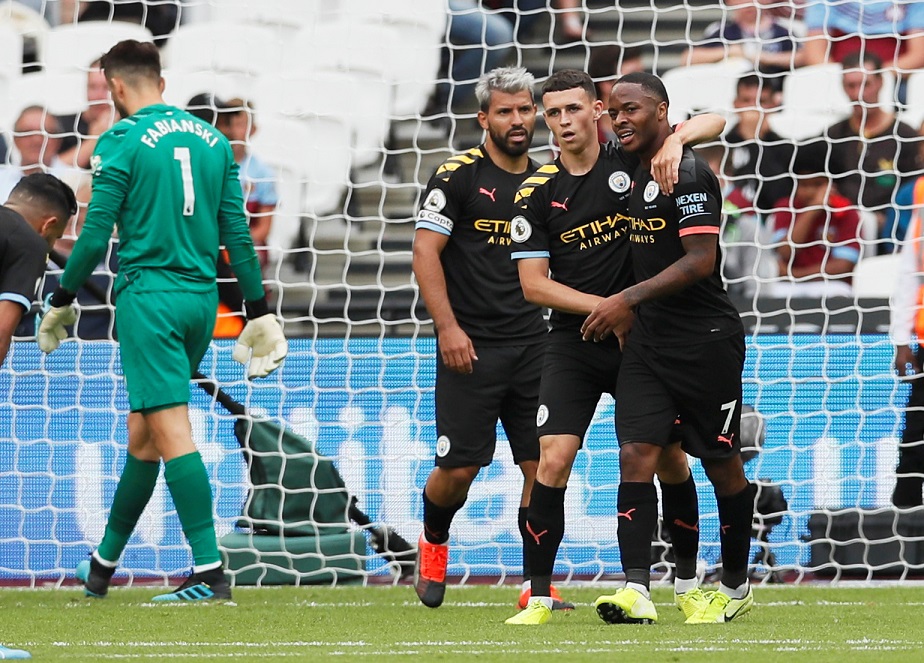 Pep Guardiola’s unprecedented demands for perfection does not stop with just his management tactics, the Manchester City boss wants it from his players as well.

Raheem Sterling started the 2019/20 season in blistering form, scoring a hat-trick in the opening day fixture and Guardiola believes the winger can easily cross the 30-goal mark.

“Yeah, hopefully. It will be good for him and for the team,” the Spaniard said ahead of Saturday’s Premier League fixture against Tottenham Hotspur. “When he’s in front of the goal, he puts it in the net. So, he can do it, yeah. He scored 25 [last season] and 25 to 30 is only five goals. He can do it.

“But I don’t know. I never spoke with Sergio [Aguero] or Gabriel [Jesus] or Raz, with any of the people up front, about what are their dreams and targets and these kinds of things. I don’t know, honestly. They are happy when they are scoring goals.

“I think goals are a consequence of the way we play – their mood, how the team’s playing, no injuries.  I wouldn’t judge him if he scored 30 goals, or 35 or 20. When he scores goals, I’m happy. But if he does what he has to do for him and the team, it’s enough.”

Sterling finished last season with 17 goals in the Premier League and 25 in all competitions. He also racked up an exceptional tally of 18 assists in all over 51 appearances. With Leroy Sane out injured, the Englishman is expected to feature even more heavily for the Citizens this season.