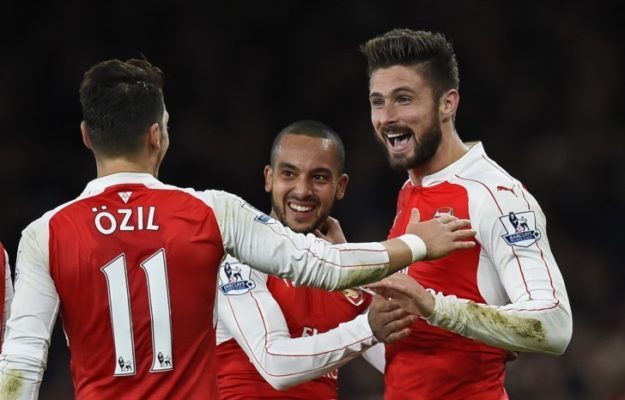 A full schedule of Premier League action returns on Boxing Day – with nine fixtures starting at the traditional 3pm, and an early televised kick-off at 12:45pm.

For the festive fixtures this week, I will attempt to predict all ten scores correctly, wish me luck!

Stoke City meet Manchester United in the early lunchtime kick-off at the Britannia Stadium, as both sides will be keen to get back to winning ways, following defeats against Crystal Palace and Norwich City respectively.

The Potters currently reside comfortably within the mid-table region of the Premier League standings in 11th – and welcome an out of form United side who are winless in six outings.

Expect Mark Hughes’ side to heap more pressure upon Louis Van Gaal’s side, and come away with the victory on home soil.

Aston Villa and West Ham United meet at Villa Park on Saturday in a game which could hold significant implications to the two teams domestic aims this season.

Rock-bottom of the league standings on just seven points, Villa are already ten points adrift at the foot of the table, having lost three of their last five games.

Manager Remi Garde has struggled to turn things around, with the second city club yet to win under the Frenchman, who replaced Tim Sherwood in October.

And I can’t see the Villans winning this one, against a West Ham side who have drawn their last four games.

The Hammers will continue that run, I’m going for a goalless draw.

Newly-promoted Bournemouth have defied their pre-season relegation tag, and are 14th in their first ever campaign at England’s top table.

Bournemouth welcome a Palace who are unbeaten in four – and are currently fifth in the league after back-to-back wins against Southampton and Stoke City.

Should they collect the win on the south coast, then the Eagles could fly into the top four if results go their way.

Watford travel to Chelsea in buoyant mood, after winning their previous four league encounters, a chain of results which has moved the Hornets up to seventh, a point off to top-four.

Goals from Nathan Ake, and Ighalo’s brace helped sting Liverpool at Vicarage Road, so the Hertfordshire outfit will be hoping to do the same to the faltering tite-holders.

Chelsea, who recently appointed Guss Hiddink until the end of the league season, moved three points away from the relegation zone with Saturday’s 3-1 win over Sunderland.

Tough game to call, but given Watford’s recent form, I’m going for a narrow away victory.