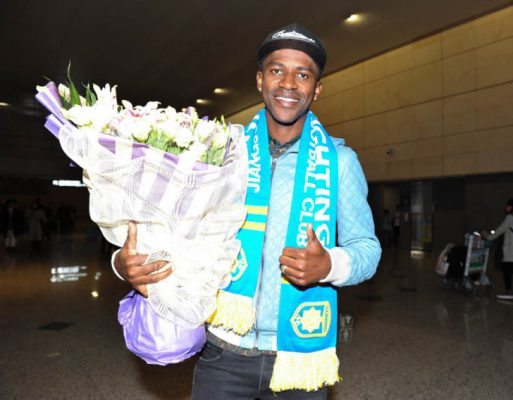 The Brazilian is enjoying life in the Chinese Super League

The 29-year-old made a shock move to China at the beginning of the year, for £25 million, joining Jiangsu Suning, and has admitted he is glad he left Stamford Bridge.

Ramires had been a valuable asset for the Blues, and now he is trying to tempt Chelsea want-away players and outcasts to play their football in Asia.

China are quickly becoming a big football nation, and Ramires is happy with life on and off the field.

“I’ve had a good feeling since the first day I arrived here and they treat you like a king.” said Ramires.

“I’m really happy and so are my family.

With Terry reportedly a target for Shanghai SIPG, on a free transfer, Ramires wished he got the chance to speak to some of his former teammates about the switch to Asia.

“I never had the chance to speak to Oscar when I heard he also could be coming here — and I see John Terry is wanted by clubs in China too.” said Ramires.

“But if my old team-mates wanted to know what it’s like out here, I’d only give them a good recommendation.

“It’s what I needed at this stage of my life. The city is amazing, the club has potential to grow and it’s great to be part of their project.”

Oscar is set to be shipped out of the club this summer, with the club to miss out on Champions League football next season, while Costa is looking to leave the club.

Meanwhile, it’s looking increasingly unlikely that Terry will be given a new contract at the club, and admitted at the beginning of the year that he will leave Stamford Bridge this summer.