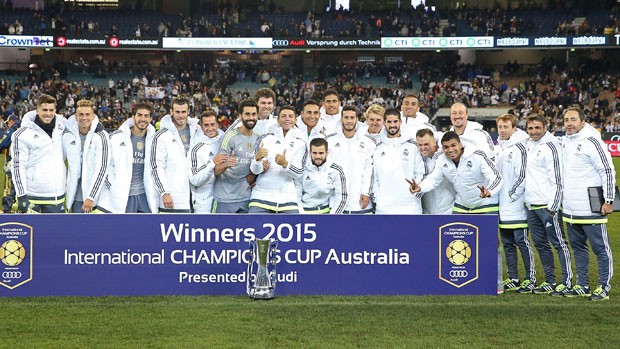 Real Madrid football club has confirmed the team will be taking part in this years ICC Pre-season tournament in the USA. This will be Real Madrid’s second appearance in three years. The friendlies will include matches against Paris Saint Germain, Chelsea and Bayern Munich. Below is the Schedule of Real Madrid’s Pre-Season Tour Schedule and Time.

Real Madrid have joined a number of European giants in the International Champions Cup North America. Real Madrid also featured in last years Australia/Chinese edition of the International Champions Cup as shown in the pictures above which include the Australian and the Chinese Edition. This time they are travelling to the USA for next seasons preparations.

Real Madrid will face off with three high profile clubs, Paris Saint Germain, Chelsea and Bayern Munich in preparations for the 2015/16 season. The Los Blancos will play their final friendly game at the Bernabeau before La liga get under away. 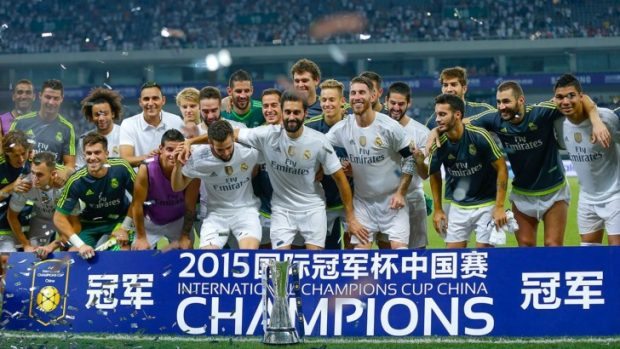