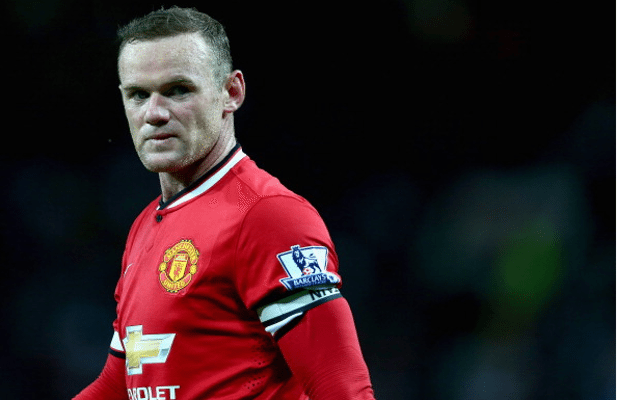 There was no sight of the 29-year-old as the team emerged from the coach at Manchester’s Lowry Hotel.

Rooney, who became England’s greatest ever goalscorer this week, might have to wait a bit longer to score his first Premier League goal this season.

He is thought to have pulled up with a hamstring problem during a training session on Friday afternoon, according to the Daily Mirror.

United manager Louis Van Gaal is expected to draft in Marouane Fellaini as a replacement rather than hand Anthony Martial his debut start.

With the Champions League set to begin next week, there is a good chance Rooney will be rested in the hope he will be ready when United travel to PSV Eindhoven.

David De Gea looked to be joining Real Madrid, but the deal fell through on deadline day due to problems with the paperwork.

The Spain international has now committed his long-term future to the Red Devils by signing a four-year deal and admits he has made the right decision to stay at Old Trafford.

“I am delighted to be starting this new chapter in my United career. I have always enjoyed playing with these great players in front of our fantastic fans,” said De Gea.

“Manchester United is a special club and Old Trafford is an ideal place for me to continue to develop my career.

“I’m looking forward to putting a difficult summer behind me and concentrating on working hard to improve and help my teammates to be successful.”