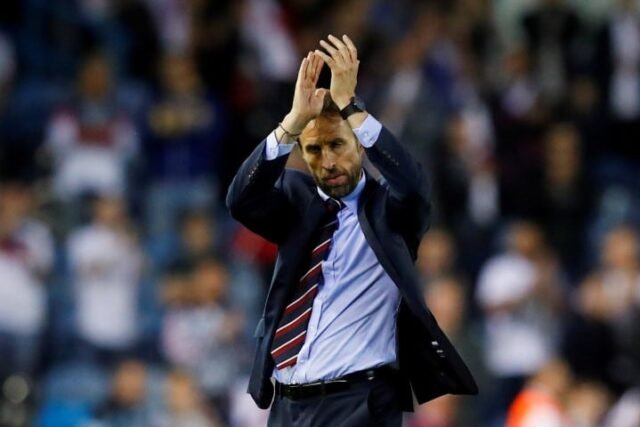 Southgate’s side will now face Senegal in the Round-of-16 of World Cup 2022.

Gareth Southgate admitted he is enjoying the 2022 World Cup despite the eternal pressure on England, as he hailed his players for fulfilling the first objective “pretty clinically”.

The Three Lions squad went through a recovery session on Wednesday after the 3-0 win over Wales. They have topped the group and ensured this team managed the most goals, on nine, for a group stage in England’s World Cup history.

Southgate made a point of praising that, as he and his staff set about gathering information on Senegal.

“I have been determined to enjoy the tournament,” the England manager said. “I am enjoying the tournament. It is a great group of players and staff to work with.

“What they are achieving, they have got the first objective done and when you look back they’ve done that pretty clinically.

“We have got a day now where the players don’t need to train, that is great, they don’t have to see our faces so they will be delighted about that. We get them off their feet, especially the players who haven’t started so much because they have been training nearly every day so mentally they need that break.

“We will watch a load of tapes of Senegal because that is how we get our kicks.”

Southgate spoke about the need to keep the players “on track”, and Kalvin Phillips joked that isn’t hard with Steve Holland around.

He has been the disciplinarian to Southgate’s friendly cop.

“It’s hard sometimes but we have a good group, good coaching staff, good managers who will always keep us grounded – especially Steve Holland,” Phillips laughed. “We won’t get too high about it, we’ll be happy about the result but we’re just going to rest up and focus on the next one.”