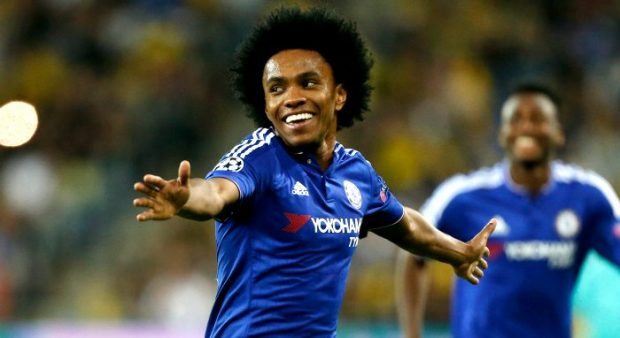 Chelsea star has been in England since August 2013 and is now looking to get his citizenship.

According to reports Willian is apparently trying to get a British citizenship.

The 28-year-old has been in England since August of 2013 and is now ready to settle down in London and become a naturalised citizen.

These reports originated out of Brazil.

Other reports are saying Antonio Conte has told the Winger to commit or leave Stamford Bridge.

In an interview with Planeta SporTV, the winger said he would go as far as turning down a big-money move to the Chinese Super League in order to stay and secure a British passport.

“Of course money matters, no one can survive without the money,” Willian was reported as saying.

“But money is not everything. If I can get this British citizenship… Surely this passport in the future can open doors. I can get my passport and I can get it for my family too.”

“It’s a city I fit in very well. Before I even lived here I already liked it. Always in my free time, when I did not play here I would come here. Now I’m going to be four years living here.

“It’s an incredible city, my family is also well-adjusted, so I’m super happy too.”

Danny Murphy: “Chelsea star is never going to open you up with his passing like, say, Michael Carrick”