We look at the best clubs are developing players

Yes that is right, we are going to look at the top-10 teams at developing players.

Now whether that be signing an unheard of player and turning them world class, or just developing them from a young age in their youth set-up, we are going to look at the teams who have got a reputation of creating/making gems of football.

So without further ado, lets take a dive into the list and see which clubs top our list for developing players, starting with number-10. 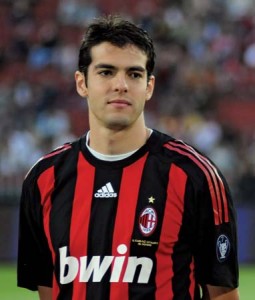 Yes starting the list is Serie A giants, AC Milan.

Although their reputation has declined drastically over the past few seasons, they have still got a rich history and have created some of the most deadliest players in world football.

Kaka (imaged above) became one of the world’s greatest footballers during his time at the San Siro, before he completed his switch to Real Madrid in a deal that failed drastically.

As well as Kaka, defensive legends Alessandro Nesta and Paulo Maldini had superb success in Italy with the Milan side.

During their peak days, AC Milan had an unreal side but sadly times have changed and they are now a mid-table side in Serie A.