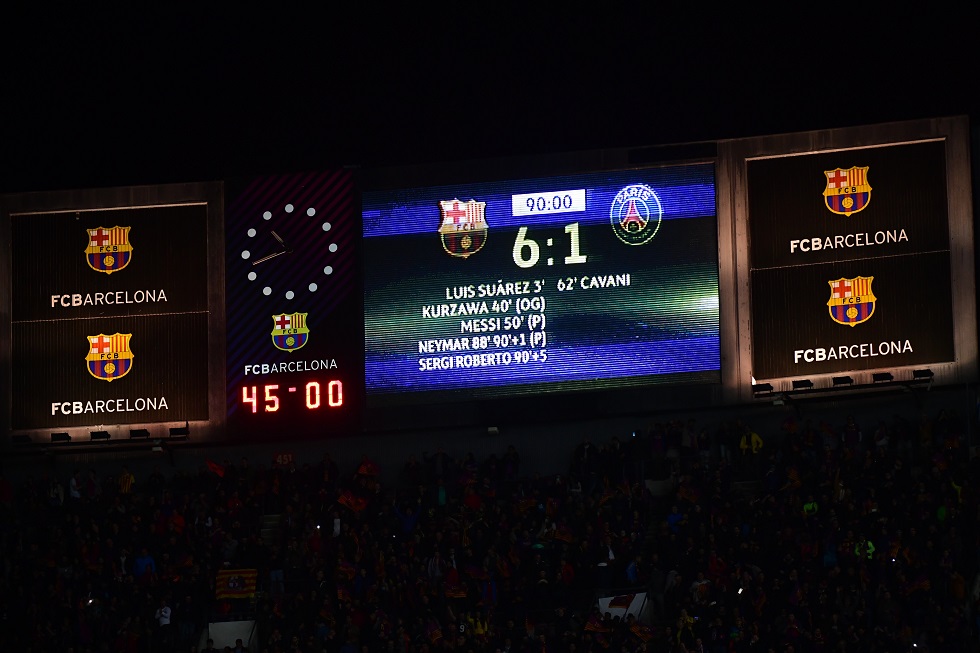 Barcelona’s 6-1 victory over Paris Saint-Germain in March 2017 was not a clean one, according to UEFA.

The governing body admitted that referee, Deniz Aytekin made several officiating errors that clearly favoured the home team that night.

Barca went down 4-0 in the first leg and then somehow, managed a historic comeback in the Champions League round of 16. Eventually, they did get knocked out by Atletico Madrid that season but the humiliation of the tie has carried on till date for PSG.

On Friday, journalist Bolarinwa Olajide tweeted the news about UEFA’s statement on the matter, stating Aytekin might face further charges. He was already demoted after the fixture and when PSG lodged formal complaints against him.

UEFA have admitted that referee Deniz Aytekin ‘failed’ in his officiating duties during Barcelona’s historic 6-1 comeback against PSG in the Champions League. #UCL

There is no guarantee if further action will be taken on the matter. Unless Barcelona are fined or PSG are paid back the money they suffered in loss of revenue, it will do little to change the sentiment behind the fixture. It will remain one of the Barca’s most triumphant moments in history and one of PSG’s darkest ones.