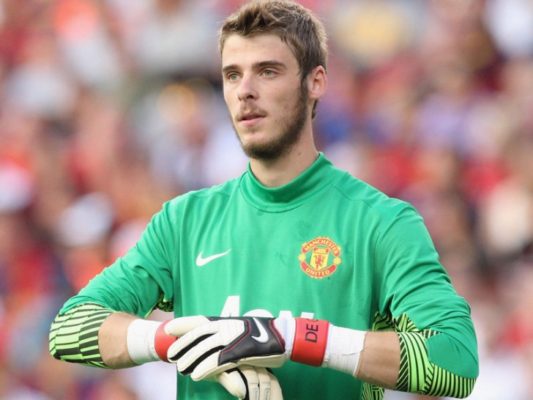 Real Madrid have been heavily pursuing David De Gea this summer, and are thought to be keen to wrap up a deal before the start of the season.

United have requested that Sergio Ramos join the Red Devils as part of the deal, but the 2010 World Cup winner looks set to sign a new deal at the Bernabeu.

Ramos‘ decision could mean De Gea is to see out his contract with United, expiring at the end of next season, and return to Spain the following summer.

But according to Spanish newspaper AS, Van Gaal wants to sell De Gea before the end of the transfer window.

The Dutchman is understood to be disappointed with the keeper’s performance against pre-season opposition PSG and is not willing to keep a player who is not fully committed to the club.
By Phil Wellbrook