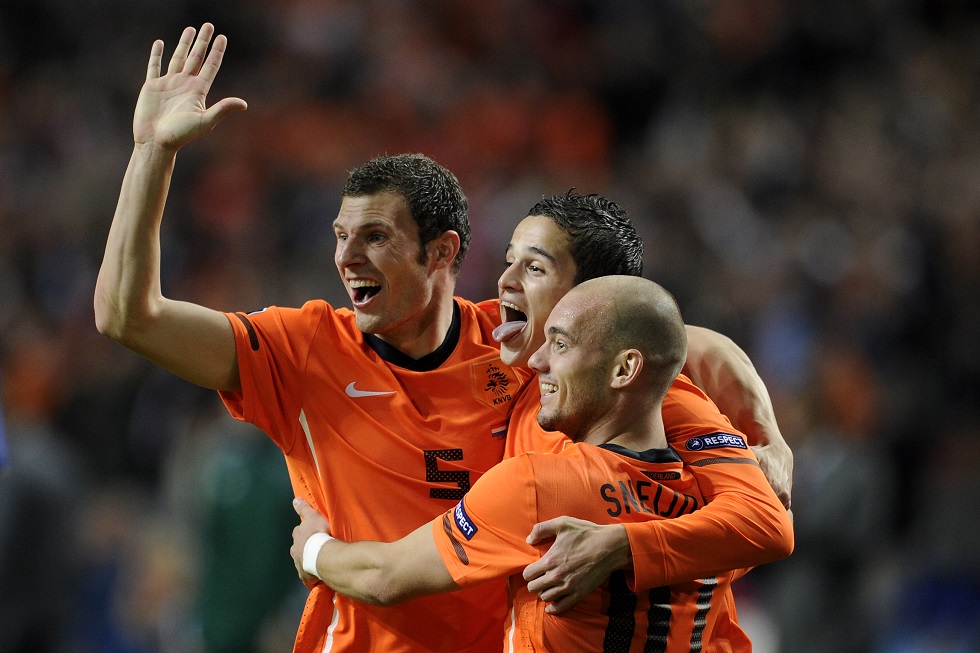 Wesley Sneider believes he could have been included in the same conversation as Lionel Messi and Cristiano Ronaldo.

The former Dutch international hung up his boots in August after last playing for Qatari side, Al-Gharafa. He scored 17 goals in 25 appearances for them before calling it quits for good.

He won plenty of trophies with Real Madrid, Ajax and who could forget the historic treble with Inter Milan? Sneider confused many when he left Inter for Galatasaray in 2013, especially during the peak of his playing career. The midfield maestro spent four seasons in the Turkish top-flight and slowly faded out of the elite level of the sport.

“I have to be honest and admit that I could have been mentioned in the same breath as Messi and Ronaldo,” he told FOX Sports NL. “If I had been 100 per cent committed!

“People still approach me to tell me that they feel I should have won the Ballon d’Or in 2010,” the 35-year-old. “But I keep telling them that winning the Champions League was nicer than an individual trophy. Of course, it would have been the icing on the cake, but it’s satisfying enough that people tell me I should have won it.”