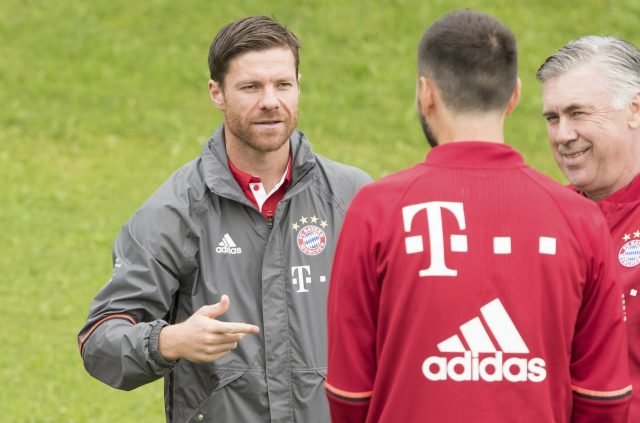 Xabi Alonso could return to Germany again and this time as a manager.

Borussia Monchengladbach is set to bid adieu to Marco Rose this summer.

He has been appointed as the next Borussia Dortmund boss and Alonso is being considered to replace him back at BORUSSIA-PARK. The Spaniard is currently leading Real Sociedad’s B team. He has grown prominently in the coaching world and could even make the jump up to the senior side soon.

Guillem Balague believes Alonso’s next natural step would be to take over Real Sociedad’s main side if the position opens up in the near future. Meanwhile, Gladbach could be the next step in his career and it is available right now.

Alonso’s playing career has his marked as a legend of the sport. He won the World Cup in 2010 and the European Championship in 2008 and 2012. His glittering club career spanned across Liverpool, Real Madrid and finally Bayern Munich, handing him two Champions League medals.

He first took over Real Madrid’s U-13 side and led them to a league title. Later, he returned to his former club to coach the Real Sociedad B side in Spain’s third tier. Gladbach are considering him for the position along with Ajax boss Erik ten Hag and former Dutch midfielder Mark van Bommel.