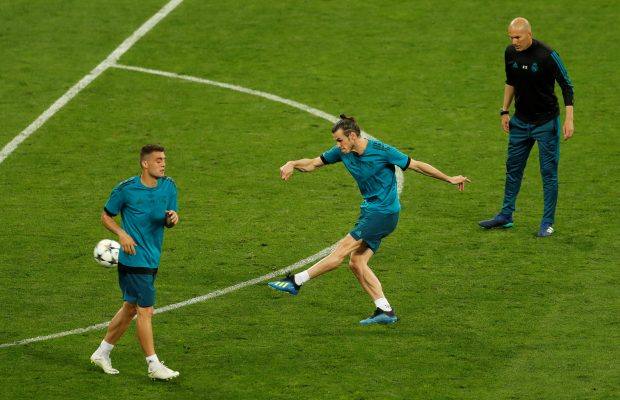 Real Madrid manager Zinedine ZIdane has hinted at the departure of Gareth Bale from the club after omitting him from Real’s squad to face Bayern Munich in Houston.

Bale was out of Real Madrid’s squad to take on Bayern Munich in the club’s International Champions Cup opener at Texas. Real suffered a 3-1 defeat as goals from Corentin Tolisso, Robert Lewandowski and Serge Gnabry put the Bavarians 3-0 up before Rodrygo scored a consolation for Los Blancos.

Following the match, Zidane said that Bale was out of the squad because he was nearing an exit from the club. The Frenchman even went on to say that Bale could depart from the club as soon as tomorrow. Zizou told in the post-match press-conference: “Bale did not play because he is very close to an exit. We hope he can leave soon, it is even possible tomorrow. We are working to finalize his move to a new team.”

Bale has done a lot for Real Madrid since his arrival in 2013. The Welshman has amassed 102 goals and 65 assists n 231 appearances across all competitions.

However, he doesn’t fit into Zinedine Zidane’s scheme of things anymore and with the arrivals of the likes of Hazard, Jovic and Rodrygo, there’s no doubt that the Welshman will be anything but a regular for Real in the upcoming season.

Bale was linked to a move to former club Tottenham with MARCA claiming that Spurs were willing to pay €50- 60 million for him. However, Bale’s agent Jonathan Barnett denied these links.

With Zinedine Zidane himelf stating that Bale is close to a Real exit, there’s no doubt that he will leave the club soon. It will be interesting to see which club ropes in Bale.

After losing to Bayern Munich, Real play their next match against Arsenal in Landover Maryland.