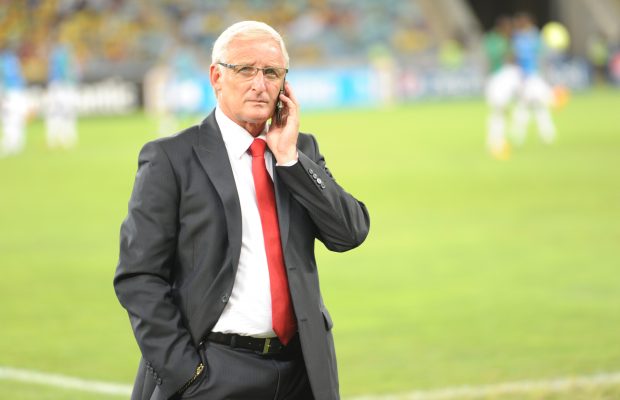 AFCON 2019 Prize Money – how much does the winner get?

The rules have been slightly altered this year to make the tournament more and more exciting and for the first time, the grandest football tournament of national teams in Africa will have 24 teams fighting for the trophy and teams with superstars playing in clubs all over the world fighting it out for the chance to play in the Afcon 2019 final to be held on July 19 at the Cairo International Stadium.

So what is the prize money for this season’s AFCON? Take a look here to find out how much teams stand to win. It is not just the winners who will get prize money but finalists and semi finalists too. If you are feeling bad for the quarter-finalists, do so no more, they also will be getting their hands on some money which makes the tournament worth it. Best news of the lot is that even teams who do not fare well and get knocked out early in the group stage, will get some money on their hands courtesy of the CAF. Hence this ensures that any team who is a part of the AFCON will not go home without some financial gain, however, little it may be.

AFCON 2019 Prize Money? Below we have prepared a list on how many is distributed among the participating teams in the AFCON.

How does the distribution system works? Here we will take a look at The AFCON Prize Money breakdown

CAF or Confederations of African Football has paid every participating nation a decent amount of US dollars 260,000 as preliminary preparation money. This money is only for participating and nothing else. It has nothing to do with any performance related payment and every single team gets this money.

This advance payment has already been made to the nations by the CAF keeping in mind that some countries are not financially well off to afford the preparations for the tournament. This has been done to make sure that all teams get a decent chance to prepare for the tournament in a proper way and participate to the best of their abilities.

However, all is not good as this amount of the distributed money of US dollars $260,000 will be deducted as premiums at the end of the tournament from the eventual participation money.

From top to bottom the prize money will increase from US dollars 475,00 to US dollars 4.5 million before deducting premiums which are worth US dollars 260,000.

The AFCON is the most lavishly paying sports event in Africa and is funded by the CAF. Here is the AFCON Prize Money table for the fixed amount distribution, qualifying rounds, group stage.

How much money does the Afcon 2019 winner get? The Confederation of African Football confirmed in April 2019 that a total of $14.2 million would be shared between the best eight teams at the 2019 Africa Cup of Nations in the form of prize money while teams who get knocked out in group stages will get a separate amount of US dollars worth 215,000 after deducting premiums.

If a team gets knocked out from the quarter-final, such a country will be rewarded with $800,000. The beaten semi-finalists who contest the third-place play-off will share $4m, with each getting $2m. The 2019 Afcon final is a $7m game and the winners will be paid $4.5m with the runners-up pocketing $2.5m.

You can see a breakdown of the prizes in our table below.

How much prize money did they make in Afcon 2017? During the 2017 final between Cameroon and Egypt and Cameroon won the AFCON 2017. Cameroon took the bigger chunk of the prize money. Egypt made around $2 million. Cameroon pocketed $4 million.

Here is a full break down of how Champions Cameroon and Runners up Egypt million pocketed $4 million and $2 million respectively throughout the AFCON 2017 campaign.

How much did Cameroon and Egypt earn from AFCON 2017?

The prize money available to participants at the last Afcon staged in 2017 was slightly lower than the latest fund with the overall pot coming in at $12.2m – $2m less than 2019.

Cameroon won the tournament and were paid $4m for doing so, which is $500,000 less than what awaits the 2019 winners. Beaten finalists in 2017, Egypt, got $2m, while third-place Burkina Faso and fourth-place Ghana received $1.5m each.

The AFCOn 2019 prize money available to participants is slightly higher than the latest fund with the overall pot coming in at $14.2m – $2m more than 2017.

Runners up Egypt got in 2017 $2m, while third-place Burkina Faso and fourth-place Ghana received $1.5m each for reaching the semi-finals.

Read more about the AFCON prize money changes at cafonline.com.