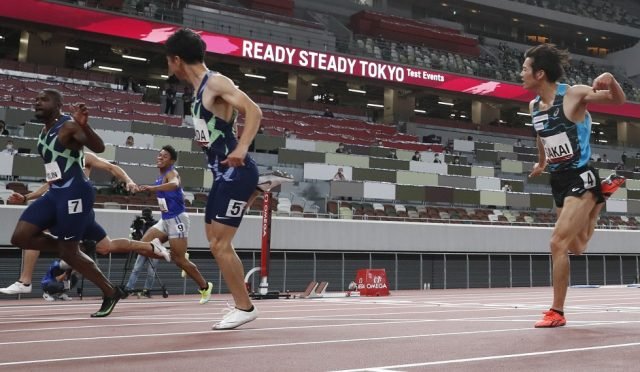 Are you wondering when is the Tokyo Olympics 2021 Closing Ceremony? When will the 2020 Olympics begin? The first show of Summer Olympics 2021? Well, look no further. We have all the information right here.

This past year has been tough on fans all over the world. The COVID-19 pandemic has postponed all the planned sporting events including the 2020 Summer Olympics. Now, in 2021, we are about to see Tokyo Olympics finally launch with 203 countries.

The official statement from the Olympic committee read – “In the Opening Ceremony, we will aspire to reaffirm the role of sport and the value of the Olympic Games, to express our gratitude and admiration for the efforts we all made together over the past year, and also to bring a sense of hope for the future.

“We hope it will be an experience that conveys how we all have the ability to celebrate differences, to empathise, and to live side by side with compassion for one another.” Watch & Bet here =>

When is the Tokyo Olympics 2021 Closing Ceremony?

The closing ceremony will take place on Sunday evening (8th August) at the New National Stadium to officially close the competition and will be broadcast on BBC One.

What time is the Tokyo Olympics Closing Ceremony?

Where is the Tokyo Olympics Closing Ceremony being held?

The closing ceremony for the 2021 Olympics is due to be held in the main Olympic Stadium, as per tradition. This main stadium will host athletic events and all the football matches.

The New National Stadium was built after the demolition of the Old National Stadium in May 2015. It will serve as the main hosting spot for the Tokyo Olympics 2021 closing ceremony. The Olympic planning committee began preparations for this event from 30 November 2019 in the location. The stadium can hold 60,102 people, taking into account press and executive seating areas.

How to watch the Tokyo Olympics Closing Ceremony?

For further viewing, info check out –

What can we expect from the Tokyo Olympics 2021 Closing Ceremony?

The Olympic games will come to a close after 17 days of high-intensity action amongst the world’s very best athletes. Individuals from a variety of cultures and backgrounds will compete against each other to reach new heights and bring their country honour.

The games are bound to give people a wider perspective on how different we are as people hailing from different corners of the planet. In the closing ceremony, the Olympics will celebrate these differences and thank participants for dedicating their lives to their passion for sport.

Who will direct the Tokyo Olympics 2021 closing ceremony?

Three different directors have been chosen to direct the 2020 Olympics opening and closing ceremonies. Mansai Normua was picked as the Chief Creative Director between July 2018 and December 2020.

Hiroshi Sasakai held the reigns from December 2020 to March 2021. And finally, Takayuki Hioki took over after  Yoshirō Mori, president of the Tokyo 2020 Organising Committee, was forced to resign. His derogatory comments about female members of the Committee pushed him out of the planning committee. Hioki is now the Deputy Chief Ceremonies Officer and Executive Producer. Watch & Bet here =>