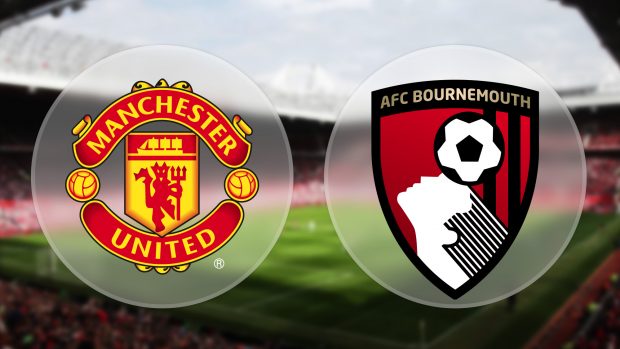 Our Manchester United vs Bournemouth prediction

We are backing United to bounce back from their derby disappointment and get the win at 1.29 with Unibet. Below you can read the reasons for our Manchester United vs Bournemouth predictions.

We expect Anthony Martial to score first at 5.10 with Unibet

The Manchester United squad are favourites to win this match at 1.20 with Unibet, with Bournemouth priced at 11.00 with Unibet to take the three points at Old Trafford.

Sunday’s loss to Manchester City will have hurt the Red Devils, with many criticising Jose Mourinho and his team for how they approached such an important match.

However, they will be keen to bounce back quickly and this looks like a good opportunity to do so. Bournemouth are a solid outfit and took a point at Old Trafford last season, but United will be expected to win.

Paul Pogba is suspended, which is a blow given that he plays with the confidence that many players – namely Romelu Lukaku – are lacking right now.

Lukaku has been heavily criticised for his form in recent weeks, and was partly at fault for defensive errors leading to both of City’s goals on Sunday.

He will want a goal or two to help his self esteem, although we’re backing the in-form Anthony Martial to score first on Wednesday at 5.10 with Unibet.

As for the correct score, it won’t be a thrashing but we think Jose Mourinho’s men will take the three points without too much trouble. 2-0 looks a good bet at 6.50 with bet365.

Manchester United face Eddie Howe’s Bournemouth side at Old Trafford on Wednesday evening. Now 13 points behind Manchester City after their derby defeat, only a win will do to keep their feint title hopes alive still.

Despite Sunday’s loss, United are going well this season and are perhaps unlucky to coincide with a City team that is up their with the best the Premier League has ever seen. They had won their four previous games before the derby.

The Cherries are down in 14th, and were lucky not to lose to Crystal Palace on Sunday as Christian Benteke missed a last minute penalty. They haven’t won in four, and will need to improve to avoid being dragged into the relegation battle.

Manchester United and Bournemouth have met 12 times previously, with United having won 7 to Bournemouth’s 2. Three matches have been drawn, including their last meeting at Old Trafford back in March.

Jose Mourinho still has a number of injuries to deal with. Phil Jones is available again, but defensive partner Eric Bailly remains absent. Marouane Fellaini is also out, and Paul Pogba will serve the first of a three match suspension.

The CONCACAF Champions League Is To Resume In Orlando