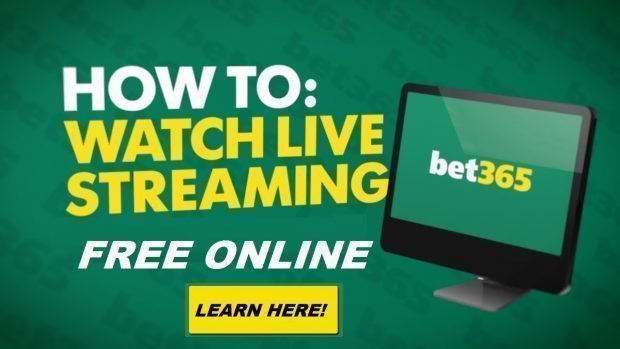 Here you will find the Chelsea player ratings from the Blues 3-0 loss to Roma in the Champions League.

Chelsea became the first English team to lose a Champions League game this season as they were well beaten by a clinical Roma.

Here you will find the Chelsea player ratings from the Blues 3-3 draw with Roma in the Champions League.

Should have done better for the third goal, but made some decent saves. Such a bad night all round for the defence though 4.

Shocking mistake for the second Roma goal on his return to the Stadio Olimpico. Let the ball run for no reason and it really wasn’t a good welcome back for him. 2

Had a howler to let the ball go over his foot which Roma could have punished. No real organisation at the back and they were all over the place. 2

Didn’t do a lot wrong in the game playing on the right of the three at the back. It was the other defenders that really made the mistake, however he was substituted early in the second half. 4

Very slow to react for the opening goal and caught out several times defensively. Tried to get forward as much as possible and actually provided a decent outlet, but no end product. 3

Moved out of his usual position to right wing-back and it didn’t work. Then when moved back into the usual position he was part of a defence that fell apart. Not a good night. 3

Ineffective on the ball and didn’t do the usual hard work off it as well. Dominated by the Roma midfield. 3

Played some really nice balls over the top in the first half but then really faded as Roma took control. Shocking mistake for the third goal and the combination with Bakayoko isn’t working. 3

Was bright in the first half, finding really good pockets of space in the gaps, getting the play going effectively. Had to play most of the second as right wing-back and didn’t really effect the game there. 4

In the first half was a real spark and the only player to really have a shot on goal. Second half faded away from the game, however, as things got worse for the Blues. 5

Missed a very, very good chance in the first half and didn’t really have a decent impact on the game. Goal drought goes on and it’s not looking great for him at the moment. 3 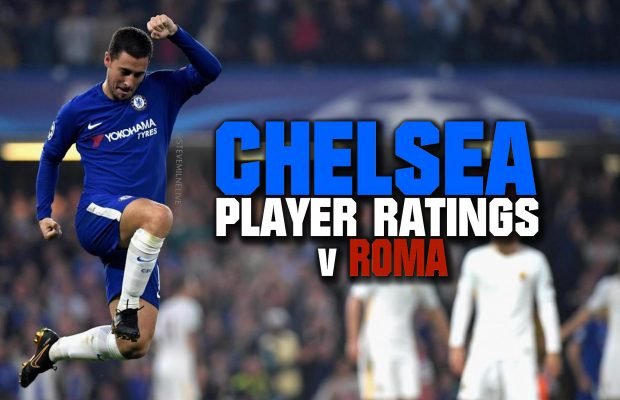 Really ineffective when he came on. 3

Didn’t have much chance to influence the game. 4

Couldn’t make much of an impact. 4

Here you will find the Chelsea player ratings from the Blues 3-0 loss to Roma in the Champions League.

Made some really vital saves in the first half to keep Chelsea ahead, especially the one from Radja Nainggolan.

However, beaten twice with some wonderful finishes by Edin Dzeko and could do little with the goals that went in. Came to the rescue at the end. 6

Looked pretty secure in the first half but as the game wore on it wasn’t really his best. Seems to be in a bit of a dip of form at present. No doubt he can come back stronger. Kept running to the very end though. 5

A superb first half once again from the Dane as he looked in control of the game and putting a dampener on Roma’s attacks.

However, the second half was a bit of a different story as Edin Dzeko found the space he needed to score twice. Shocking marking from a corner to give him the second. 5

The bandaged man certainly put his body on the line but was also culpable for the team’s lack of organisation from the free-kick for the third goal. Hardly a great game for either defence. 5

Got his third start for the Blues but is yet to really make his mark on the team. With Victor Moses out for a while this could have been the perfect time to take his chance. However, it was a bit of a mixed display from the Italian. 6

Didn’t really provide much attacking threat down the left and was sometimes caught out behind him. Got up and down but will need a rest at some point with so many games in that position. 6

Moved into the defensive centre midfield role and it suited him perfectly. Superb goal to curl into the bottom corner. Looked like he picked up an injury in the first half but carried on.

A very workmanlike display, but then was strangely taken off in the second half and he really did not look happy about it at all. 8

Just not quite finding the form that he would want and couldn’t really get a lot going with his passing forwards towards the front men. Looked more comfortable with three in midfield though. 6

Won the ball well in the middle of the park at times and set the team on. However, faded as the game went on and gave away a soft free-kick for the third Roma goal. 6

When Chelsea need their star to bail them out he is often on hand to provide that. At times it looked like he was slightly quiet in the game, not able to get things going. But then two goals and he is the hero that Chelsea desperately needed. 9

Should have scored early in the game when through but shot straight at the goalkeeper. Isolated at times and was made to battle very hard up against the defence.

Rarely had a sniff of any chance in the second half as well, but he battled to try to make things happen. 6

Looked to make things happen with direct running and finding space. Lovely ball in for Hazard for the equaliser. 7

Looked calm and composed when he came on. 7