The two teams in the Premier League go head-to-head this weekend.

Liverpool will be looking to secure themselves a place in the top 4 for just the second time in 7 years on Sunday when they host Middlesbrough at Anfield in the final round of the Premier League season.

Winning against West Ham on Sunday was a huge step towards the goal of Champions League qualification. It means that a win at home to already relegated Middlesbrough will be enough to secure that goal.

When is Liverpool vs Middlesbrough?

The game could be shown live on Sky Sports this Sunday but the schedule for the games hasn’t yet been announced.

Alternatively, you can watch the match for free here

Liverpool have only suffered one loss in their last 11 games, which was at home to Crystal Palace in April.

The Reds cannot afford to lose another one if they want to keep Champions League qualification in their own hands. Anything but a win would mean they are relying on Arsenal to drop points in order to qualify.

However, they’re on a decent run of form and with the likes of Phillipe Coutinho and Daniel Sturridge, they should be able to continue the run.

Middlesbrough are already relegated but could still provide Liverpool with problems.

Liverpool are likely to still be without Jordan Henderson, as well as Sadio Mane and Ragnar Klavan, which are big losses for Jurgen Klopp. It is unclear whether Roberto Firmino will be fit, so we have left him out of this starting XI prediction. 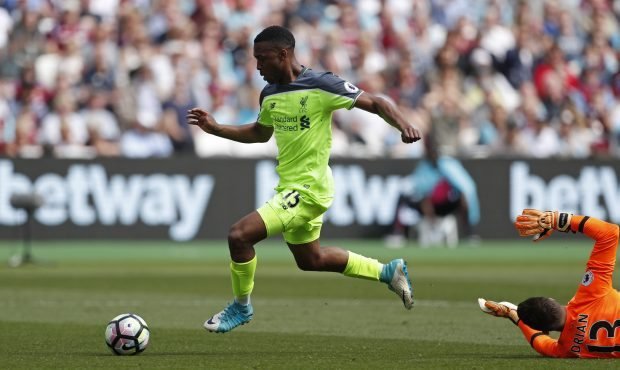 Daniel Sturridge – The man was back to his best on Sunday in the West Ham win. He looks sharp and dangerous and has the ability to provide Liverpool with a goal when they need one. He will be key for Liverpool on Sunday when trying to break Boro down.

Victor Valdes – The goalkeeper could be very busy on Sunday and Middlesbrough will be relying on him making saves to try and get away from Anfield will any kind of result.

Liverpool won’t easily win this game but with their motivation of getting a top 4 place in the forefront of their minds, and with that, they’ll have enough to win this match.

What are the odds for Liverpool vs Middlesbrough?

Here are some Premier League Offers :