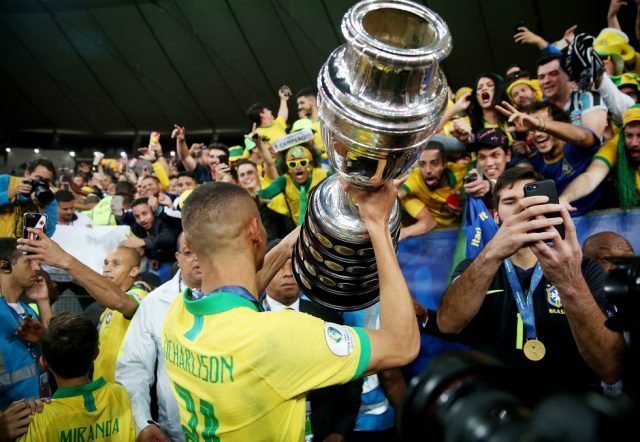 Argentina were shaky early on in the capaign but picked up confidence slowly. They really could challenge Brazil for the throne with the players at their disposal. Lionel Messi and Lautaro Martinez seem to have struck up a working partnership with Di Maria providing ample creativity from out wide.

As for Brazil, the defence will be tested but it is their fluid attack that could make all the difference.

Seen at odds the Argentinians, the largest of the favorites to win the final game (3.75) while the odds that Brazil (2.10) would win the spot is also good.

The Argentinavians meet the Brazilns on Sunday morning, as the squad faces Brazil in the Copa America 2021 final tie at the Maracanã Stadiu, Brazil; kick-off 1 am (BST).

Argentina’s Predicted formation against Brazil is a 4-2-3-1 formation.

Brazil’s Predicted formation against Brazil is a 4-4-2 formation.

Here is the Argentina possible starting XI vs Brazil: