Maria Sharapova has been banned from competing in all tennis tournaments for the next 2 years for taking the banned substance meldonium. Here here say the Murrays (Andy and his mum that is)……that’s not right says the voice of the Men’s World number one Novak Djokovic.

Which one is it then? Well Sharapova did not deny she took the drug. She has been taking it for the last ten years along with countless other top athletes in Russia. It is a drug she claimed she took for diabetes which ran in her family but the International Tennis Federation said it was performance enhancing.

Unfortunately for her it became illegal on 1st January 2016 and she was tested positive for it just two weeks later at the Australian open just after being thrashed by Serena Williams 6-4 6-1. That was hardly a performance enhanced Sharapova! It would be a bit like testing the Manchester City team for performance enhancing drugs after their poor, zero shots on goal tally against Real Madrid in the Champions League Semi-final……

Sharapova started taking Mildronate, which contained the drug meldonium one year after she won Wimbledon at the sprightly age of 17. This was at the recommendation from her Latvian doctor. She took it together with 17 other substances daily. That then became her regular fix until 2010 when she upped this already large substance intake to an incredible 30 different tablets every day! Some of these were common ones we all possibly take like Vitamin C or Omega 3. That was a huge amount to take and a huge number to keep an eye on if ever any of these substances went over to the ‘Dark side!’

There is one strikingly obvious question here, if she already won Wimbledon without taking meldonium, then why would she take it to improve her performance when she was at the top of her game unless it was for a medical issue. Then there is the viable argument that she originally put forward that she missed the email and so did her entourage, advising that meldonium was about to be made illegal. If you’re taking a legal substance for ten years you do become a bit relaxed and assume it will never change it’s legality.

Is that a fair point though? Apparently not. So look at my case I’m world number 253 million in tennis, basically a nobody, a world number one in nothing (except best dad in the world, okay equal number one there!). I receive at least two hundred emails a day, do I read them all? No, of course not, do I answer my phone every time it rings, also no. My point is a top woman tennis player, model, successful businesswoman etc etc would, I imagine receive thousands of emails daily. The ‘hey Ms Sharapova open up this email it’s important to you, for your career!’ just slipped by, like all the ones we ignore daily, unless someone out there really does have PPI! 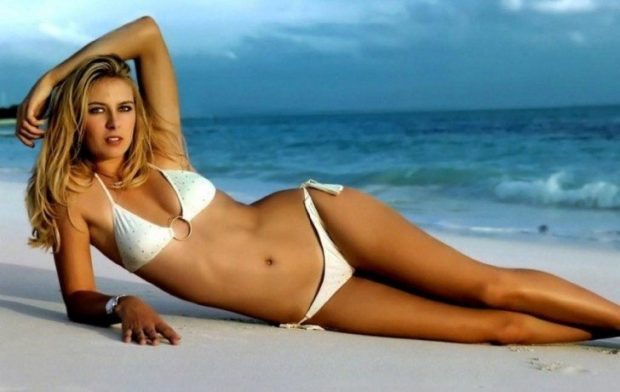 I hope common sense prevails when Sharapova’s appeal is heard, but I don’t hold out much hope of that as everyone is looking for scapegoats, especially with the next Olympics coming in a few months time.

Tennis will be a sadder place without Sharapova for the next two years and if she does not win her appeal to shorten or overturn this, you can bet she will not return to the top or even to the top one hundred in women’s tennis. Obviously for most males out there it is a loss on two counts, but since I am a massive tennis fan it saddens me more on a tennis front that Serena Williams is losing one of her key challengers. A great talent is about to be lost for good.

All I can say is thank god for Garbine Mugurza….who I hear most of you say? She just won the women’s tennis final at Roland Garros last week, destroying Serena Williams in stunning spectacular style and it almost went undetected in the media. By the way she’s from Barcelona, I hear they’re not bad in another sport there!