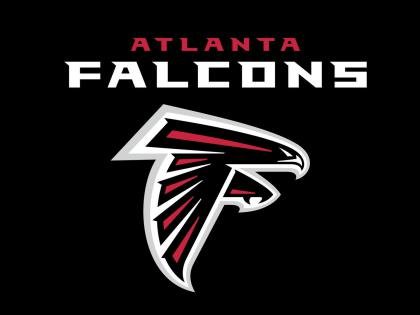 When Was the Last Time the Falcons were in the Super Bowl?

The Atlanta Falcons made one Super Bowl appearance in their franchise history until now and Super Bowl 2017.

The Atlanta Falcons trounced the Green Bay Packers on Sunday in the NFC Championship Game and will advance to Super Bowl LI (51) to play New England Patriots on Feb. 5, 2017. This will be New England’s seventh Super Bowl appearance in 16 years (4-4 all-time) and Atlanta’s first since the 1998 season (0-1).

Falcons finished the 1998 regular season with a 14–2 record, including wins in each of their last nine games. This was Falcons’ most successful seasons in their franchise history. They entered the Super Bowl on an 11-game win streak.

Falcons’ success in 1998 was very surprising to many because the Falcons had a 7–9 record in the previous season and a 3–13 record the year before that. In fact, the Falcons recorded just four winning seasons in the last 20 years prior to 1998, and only two in the 1990s.

This is the last time the Falcons made it to the Super Bowl until the 2016 season.

Here is an excerpt from The Star-Ledger’s game story by Paul Needell:

MIAMI — It turned out the Broncos did not have to worry about winning this Super Bowl for John Elway. He took care of winning it for them.

If this was indeed the final game of the quarterback’s illustrious career, it could not have been any sweeter than Denver’s 34-19 victory last night over the Falcons in Super Bowl XXXIII at Pro Player Stadium. Not only was Elway named the game’s MVP, but he also won his second straight championship, this one at the expense of his former coach and nemesis, Dan Reeves.

The Broncos (17-2), who led 31-6 in the fourth quarter, became the seventh team to win consecutive Super Bowls.

Elway dodged questions about his speculated retirement but may find it difficult to resist the temptation to help the Broncos become the first team to capture three Super Bowls in a row.

”You’ve got to love those challenges, ” Elway said. “We’ve got the team and the nucleus here to do it. Like I said, it definitely throws a kink in my thinking. … I’ll cross that bridge later on. I don’t even want to talk about retirement right now. I’m going to enjoy this a little bit.”

Coach Mike Shanahan, who came out on top in his feud with Reeves, said: “I don’t know if it’s John’s last game, but there’s a good chance it could be. If it is, what better way to go out? We’ve got a bunch of guys in the locker room trying to convince him to three-peat. I don’t know if they’re having any luck.”

Alas, the Falcons (16-3), those Dirty Birds, were unable to complete their own sentimental journey. Just six weeks after undergoing quadruple bypass surgery, Reeves lost his fourth Super Bowl as a head coach. No shame in losing to the Broncos, whose 46 victories the past three seasons are an NFL record.

”I told the players the highest of highs is to win a championship game, and the lowest of lows is to lose a Super Bowl, ” Reeves said. “It’s been an unbelievable six weeks. We just didn’t play well, and I knew if we didn’t play well we’d get beat.”

When Was the Last Time the Falcons made the playoffs?

When Was the Last Time the Falcons made the playoffs? The Broncos demolished the Miami Dolphins 38–3 and beat the New York Jets 23–10 in the playoffs. Meanwhile, the Falcons were victorious against the San Francisco 49ers, 20–18 and the Minnesota Vikings, 30–27 in overtime.

This was the second Super Bowl in history that featured two teams with two losses or fewer. Both teams came into the game with 16–2 records after the playoffs. The only other Super Bowl featuring a better matchup record-wise was Super Bowl XIX, when the San Francisco 49ers had a 17–1 record and the Miami Dolphins had a 16–2 record.

The Falcons where the only team without a Super Bowl victory amound remaining teams.

The 2015-16 Falcons went 11-5 in the regular season and enter the NFC Championship on a five game win streak. They look to make the Super Bowl for the first time in nearly two decades.

Has Atlanta Falcons ever won a Super Bowl?

When Was the Last Time the Philadelphia Eagles Went to the Super Bowl?