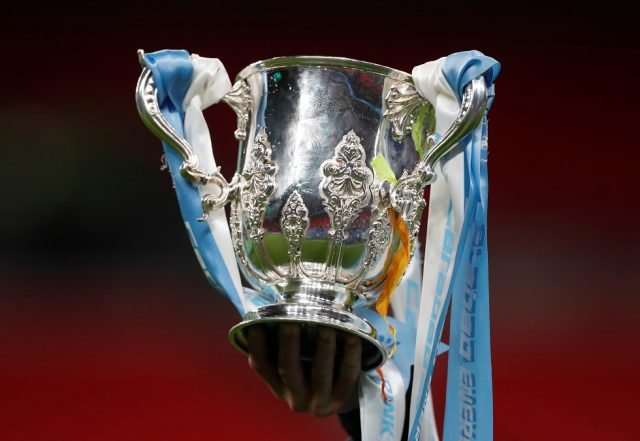 The EFL Cup is one of the oldest English cup competitions. It is the main English FA knockout tournament next to the English Premier League.

The EFL Cup, the Carabao Cup, is an annual football cup competition for English football teams. The historical name is Football League Cup.

The EFL Cup final of 2021 was originally scheduled to take place on 28 February but now has been pushed back to 25 April 2021. More commonly known as the Carabao Cup, this year’s finalists are Manchester City and Tottenham Hotspur.

Unfortunately for all Carabao Cup fans, there are no matches today.

The Carabao Cup games for the 2020/21 season have all been listed below. Now, only the final remains which is set to take place on 25 April 2021.

The results have been extremely erratic and different from the usual EFL Cup tournaments. This time – the three big teams of Liverpool, Manchester City, Manchester United have all been knocked out of the competition. This set of results have left the chances for odds very erratic.

The teams left in the semi-finals were Manchester United, Manchester City, Tottenham Hotspur and Brentford. Only the last club is from the Championship.

The semi-final round is like any other knockout tournament with one leg. This year Tottenham Hotspur beat Brentford comfortable while the two Manchester clubs duelled it out in the other tie.