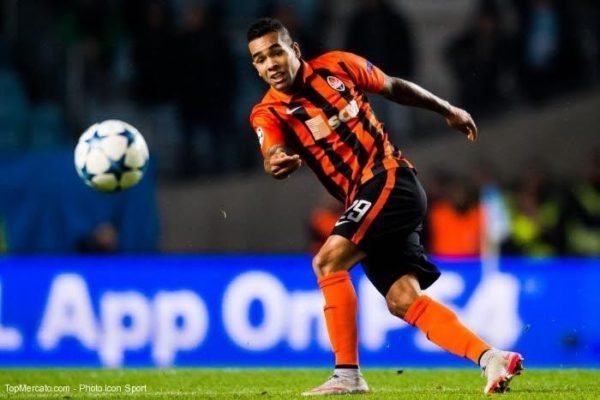 Shakhtar Donetsk could secure move in the next 24-hours

Alex Teixeira could be just 24-hours away from complete a stunning transfer from Shakhtar Donetsk to the Chinese Super League, according to reports.

The Brazilian striker was heavily linked with a move to the Premier League during the January transfer window, with both Liverpool and Chelsea interested in signing him.

In fact, the Reds had THREE formal bids turned down for his services with the third being worth around £31million.

However, that offer was still short of Shakhtar‘s asking-price, as they were reluctant to move from their £38m price-tag of the striker.

With the English transfer window now shut, it looked like Teixeira would have to wait until the summer to get his move away from Ukraine, but it now looks like he could be on the brink of joining a Chinese team.

The transfer window in China remains open until the end of February, and according to reports, a couple of clubs are willing to pay £38m to sign him.

Ramires and Jackson Martinez have both recently stunned the footballing world by joining Chinese clubs from Chelsea and Atletico Madrid respectively, and Teixeira could be on the brink of being the next one.

Reports are claiming he will decide his future in the next 24-hours. It’s believed Jiangsu Suning are the team set to sign the striker, following up their signing of Ramires.