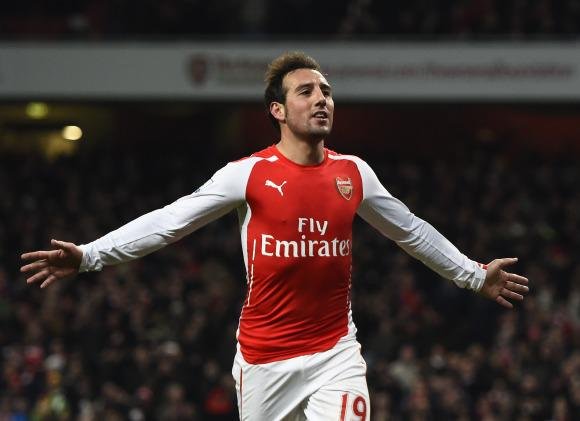 The injury was always going to be long-term but now it is confirmed that he won’t play again this season.

He was expected to be back next month, but a new setback has meant he’s needed further surgery.

Manager Arsene Wenger said last month: ‘Santi is far from starting to run again. He had a little procedure and we have a meeting with the medical people today to see what it really was.

‘Certainly he will not be available in the next six weeks, that is for sure.

‘Will he play again this season? I hope so because once you start to go outside, you have to count six weeks’ preparation. ‘At the moment he is not at that level.

‘Let’s hope he can come back in the next three or four weeks on the pitch.’

Now, this is but a distant dream for Arsene, who could’ve done with a boost amid the recent sour atmospheres at Arsenal.