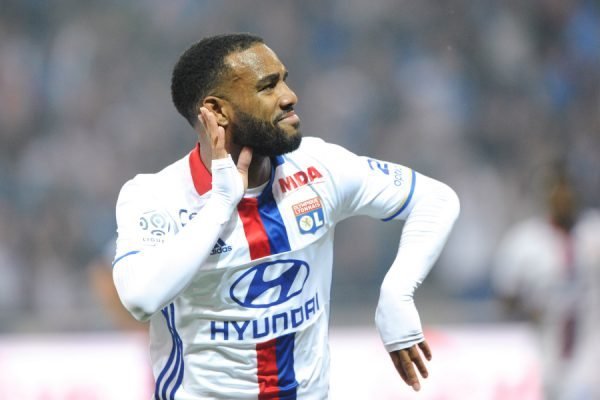 Atletico Madrid have reached a verbal agreement with Lyon to sign striker Alexandre Lacazette ahead of Arsenal.

Atleti’s CEO Miguel Angel Gil met the France international and his representative’s in Madrid last month and a verbal agreement has been put in place to bring him to Spain, according to Spanish radio station COPE.

The report also suggests that Lacazette was blown away by the club’s plans to move to a state-of-the-art 67,000-capacity stadium, while international teammate Antoine Griezmann has been a key figure in Atletico’s move for the 25-year-old forward.

Griezmann has apparently given ‘phenomenal references’ about Lacazette’s ability to Atletico manager Diego Simeone and the club board as well as recommending that the club do everything they can to sign him in the summer.

However, the switch relies on the Spanish giants being able to overturn their current transfer ban, which is due to restrict them from signing players for the next two transfer windows.

Atletico have appealed FIFA’s sanction and the Court of Arbitration for Sport will make their final decision on Monday 24 April.

Arsenal tried to sign Lacazette last summer after putting a £29.4million offer on the table, but Gunners boss Arsene Wenger is a keen admirer of the frontman and remains hopeful of bringing him to the Emirates Stadium.

Lacazette has been a stand-out performer in Ligue 1 this term, scoring 29 goals in 35 appearances for Lyon and is expected to move away from the Parc Olympique Lyonnais at the end of the season.