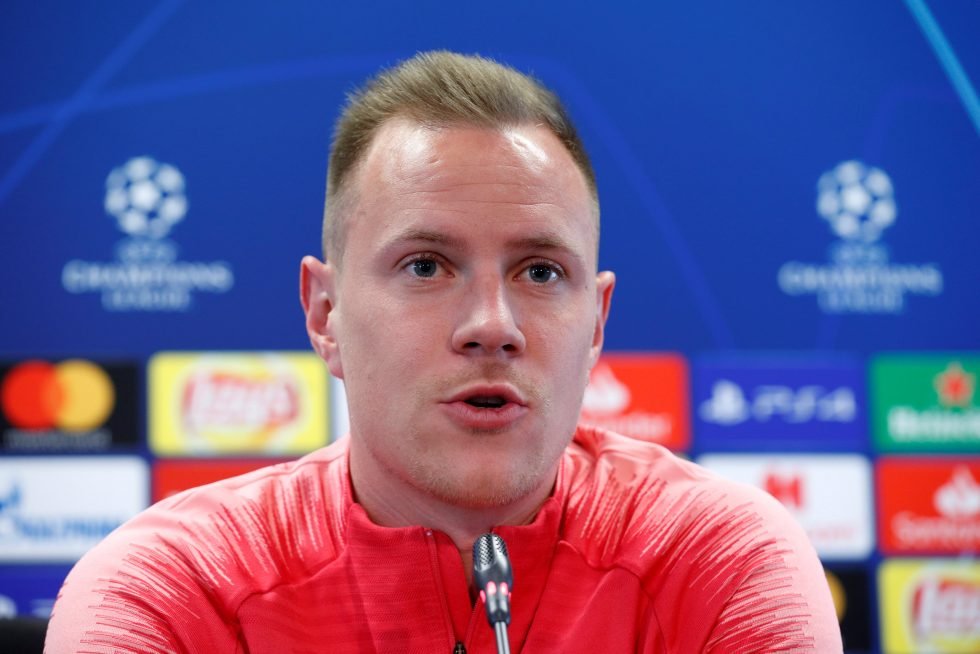 The Blaugrana were knocked out of the competition by Roma in the second leg even after taking a lead in the first leg.

Barcelona goalie Marc Andre Ter Stegen has said that Barcelona will not repeat last year’s performance in Champions League against Manchester United. The Blaugrana were beaten by Roma in the quarter-final stage of the competition even after taking a handsome lead in the first leg of the matchup and they are set to face Manchester United in the second leg of the matchup in the same stage of the competition with a lead of 1-0 at their disposal.

Speaking to the media ahead of the crucial clash against the Red Devils, the German custodian said, “There is not much to be said about what happened in the past. It was hard of course but it’s another year on, we got over it [Roma]. We don’t want that to happen again. We need to bear it in mind and look forward and tomorrow is a good time to achieve a good success for us, with all our fans around us, and hopefully we will beat them.”

He added, “United are very quick. You always have to be alert. I think it’s the key to win this very difficult game. They know how to play in a very calm way. They made things really hard for us. We want to go out and master the game, have the ball as much as possible. We have to defend as we did there.”

Ter Stegen concluded, “The good thing is that we play differently to PSG but they are really dangerous. The result we got in Manchester is dangerous because it’s a very small advantage, it’s not enough to defend. We need to step forward and create risky situations. We have to keep the ball and create good chances and score.”
SEE ALSO: Arturo Vidal blames Manchester United fixture for draw against Huesca