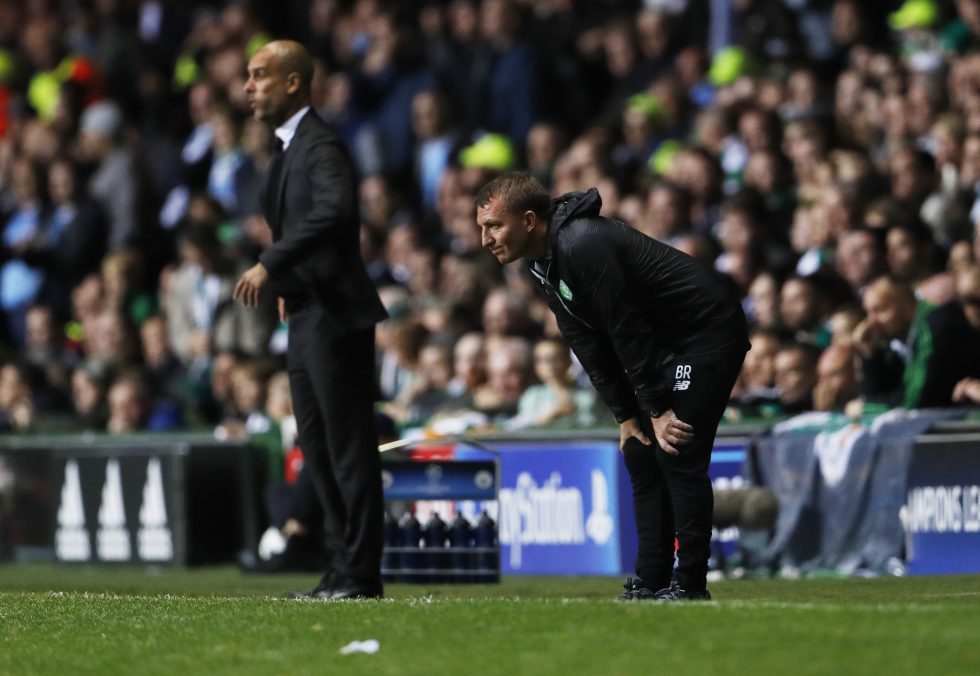 Brendan Rodgers has hailed Pep Guardiola as he believes the Spaniard has added a new dimension to modern day football.

Manchester City are scheduled to enter the most crucial part of the season as they are set to host Leicester City on 6th May. The Foxes have fared exceptionally well since Rodgers took charge and will throw a different kind of challenge for the defending champions.

On the back of a resounding Arsenal victory, Leicester will be confident of staging an upset at the Etihad stadium but it would take some heroics for them to get the better of this City side who hasn’t shown a bit of complacency.

On being asked if this City side is the greatest of all time Rodgers answered, “Over time we will see that.

“But there is no doubt last year and this year the level of their game is at the very highest. It is a top class team with a coach who for me is a real pioneer of the modern game.

“A genius really in terms of some of the innovations he has put in place since he has been a coach. You look at how he has worked.

“At Barcelona they have a model and he has obviously worked with top players there, played there under (Johan) Cruyff so understands fully the philosophy.

“But to take that to Bayern Munich and to introduce full backs coming back in on the inside and the tactical innovations he produced there which were incredible.

“To come into the Premier League and most people saying he might not be able to play that way. Of course Pep in the first season needed the players to make that work but then after that they have been absolutely incredible. Brilliant team.

“He is a phenomenal coach and he has produced a wonderful team over these last few years.”