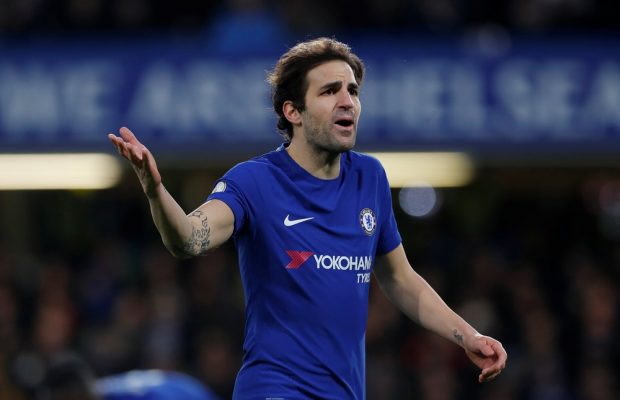 Cesc Fabregas has again been linked with a move to AC Milan. The Serie-a giants are reportedly considering offering the Spanish international a chance to revive his career in Italy.

Fabregas is yet to make his first full fledged start under new Chelsea manager Maurizio Sarri. The midfielder was involved in the pre-season friendlies and also played a brief part in the Community Shield match against Manchester City but since then has been recuperating from an injury.

The 31 year old’s current contract is scheduled to expire at the end of this season but there hasn’t been any effort from the club to renew his stay. Milan had tried earlier to bring him to San Siro but the deal didn’t materialize and he remained at the club.

But the Chelsea midfield is pretty heavily stocked at this moment. Ross Barkley has shot to prominence with some much needed game time under his belt. Sarri also brought Mateo Kovacic and Jorginho this summer so currently there is not enough room for Fabregas to showcase his skill in the middle of the park.

Milan have already roped in Tiemoue Bakayoko on loan from Chelsea and they are ready to launch a second attempt in bringing the former Barcelona midfielder to the club.