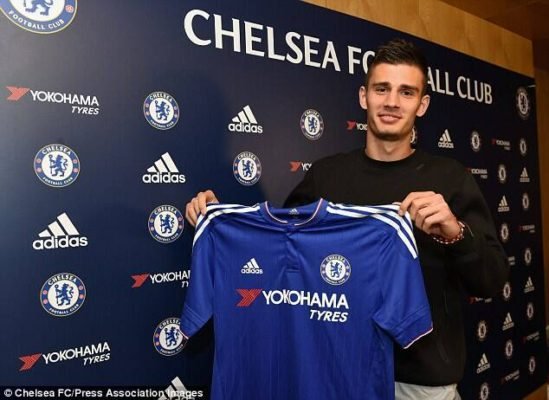 The 20-year-old from New Jersey is pictured holding a Chelsea shirt and also shaking hands with the Blues technical director Michael Emenalo on Saturday morning, the deal is believed to be in the region of £3.5million.

he said: ‘I am very happy to sign for Chelsea, a world-famous club with a reputation for major success.

‘I am delighted to be in the Premier League, the best league in the world, and can’t wait to meet my team-mates and get going,’ he added.

‘I am still at the beginning of my career but I believe this is the place to develop and learn from some of the best players in the world.’