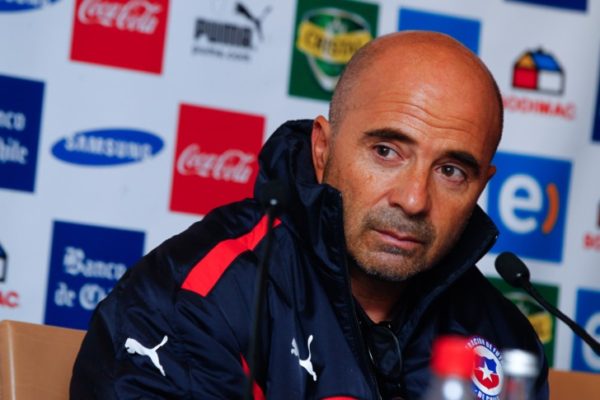 Former international manager rumoured to be on Roman Abramovich’s shortlist

Chelsea have been given some food for thought in their managerial search after apparent target Jorge Sampaoli resigned as the Chile chief.

The vice-president of the Chilean federation, Andres Fazio, confirmed yesterday that Sampaoli had vacated his role as the national team’s head coach.

The 55-year old was reportedly unhappy that details of his contract had been leaked to the media – he leaves the post just six months after guiding Chile to the Copa America title.

Chelsea owner Roman Abramovich has been busy compiling a list of managerial candidates since the sacking of Jose Mourinho/the appointment of Guus Hiddink as interim boss.

It is believed that Sampaoli is one of the managers that the Russian is targeting, however, Pep Guardiola and Diego Simeone have also been linked with the job.