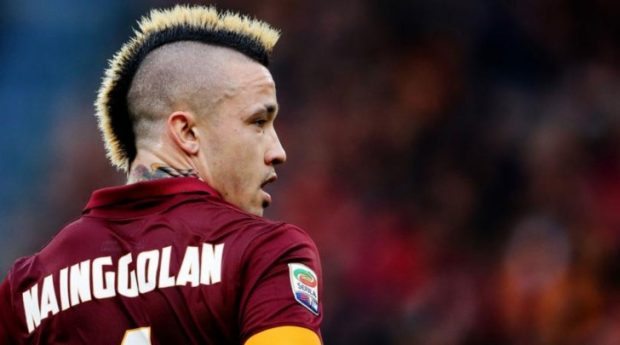 Mind you this is according to reports in Italy.

The Belgium international was in talks to sign for Chelsea last summer and personally spoke with Antonio Conte about a move to Stamford Bridge.

‘They were really interested and wanted me over there. That’s all I can say.

Nainggolan is said to be valued at around £35million.

According to La Gazzetta Dello Sport who claim the Serie A giants are willing to sell him to cover ‘costs’ this summer.

The Blues would have no problem whatsoever meeting that price and Conte is said to be handed around £150million to invest in his team again.