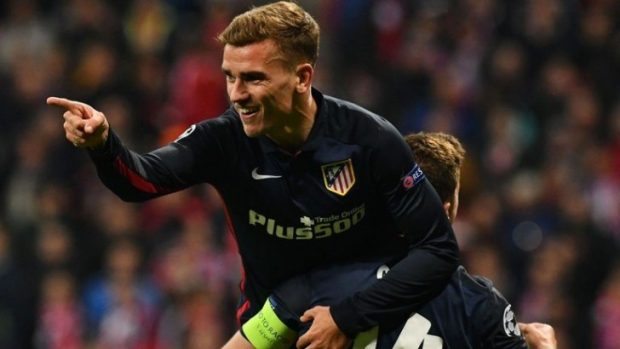 It’s a replay of the final from 2014, where Real Madrid ran out 4-1 winners after extra time thanks to goals from Sergio Ramos, Gareth Bale, Marcelo, and Cristiano Ronaldo. You can read our preview for this year’s final right here.

But, if these teams were to combine, who would make the side? Both sides have strong players, and here we’ve come up with a combined XI (4-3-3 formation).

There isn’t much to choose between Kaylor Navas of Real Madrid and Jan Oblak of Atletico, but Oblak has had a strong season, he kept the most clean sheets, he was strong with crosses and with the ball at his feet. He’s probably the best goalkeeper in La Liga. He makes the team.

Between Juanfran and Carvajal, I would go with Juanfran as he is considerably better defensively than Carvajal and can get forward too when he needs to. Getting forward is great, but defending is the number 1 priority in a game like this.

Ramos has been a rock at the back for Real for years now, so it’s not surprise that he makes this team. He’s a leader at the back and gets his fair share of goals too, he’s still one of the best defenders in the world.

He’s just been passed fit to play in the final, and that’s a big relief for Atletico. He was a big part of the fantastic defensive performance against Bayern Munich that meant they reached tonight’s final, and they may need his defensive qualities again tonight as they face a huge test up against Real’s front 3.

Marcelo is one of those full-backs who really do love to get forward, and despite me saying defending is the number 1 priority in this sort of game, he brings such a valuable outlet to Real going forward that he edges into this team ahead of Felipe Luis for me. Just.

He’s tasted glory at Bayern Munich and Real Madrid at a club level, and world-cup winning glory with Germany at an international level, He’s so experienced that you can’t leave him out of the side, he is an asset in Real’s midfield.

Upon arrival at the Bernabau, he struggled to make a real impact after his move from Spurs. However, times have changed and he’s now a fan-favourite in Spain, pulling the strings for Real in midfield. He’s doing the exact same thing he was doing at Tottenham, and Madrid fans love him for it.

The 24-year-old has been a star for Atletico over the recent years. Born and bred in Madrid, he’s playing in his 2nd Champions League Final for his boyhood club, and he could probably slot into most team’s midfield’s at the moment. A top playmaker who could have a real part to play tonight.

Bale was a key man in the final in Lisbon 2 years ago, and after a good season of goalscoring (when fit), tonight he can again be an influential factor for Real. He is part of a devastating front 3 that at times have torn teams apart this season. He will also want to show the rest of Europe what he can do ahead of when he represents his country, Wales, in France at Euro 2016 this summer.

33 goals this season, he’s been very impressive. He’s the main threat that Sergio Ramos and Pepe will have to deal with tonight, and he will be wanting to show how good he is as a warning side before he joins his French team mates ahead of a home European Championships this summer. He can be crucial tonight.

3 Ballon D’ors. 2 Champions League medals, countless honours. He’s one the best players of all time, and that’s good enough reason for him to make this team no matter what.