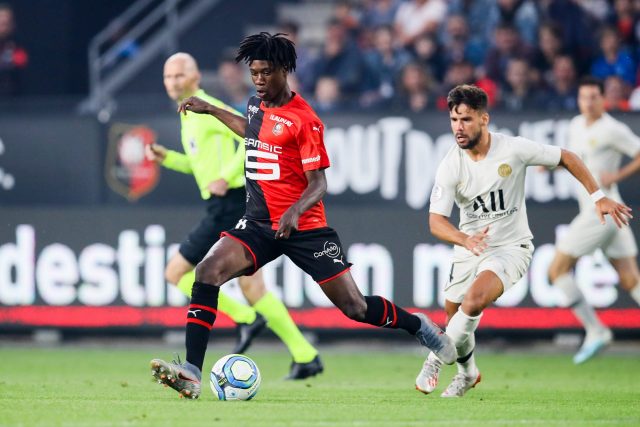 Eduardo Camavinga opened up on interests chiming in from Spain, Real Madrid in particular.

The Rennes midfielder burst into prominence last season to make his debut appearance for France this month.

He became France’s youngest ever debutant since 1914 after featuring in the 4-2 victory over Croatia. He appeared in 36 games for Rennes last season and helped them earn Champions League qualification.

Camavinga is now an established starter at his club at only 17 years of age. Real Madrid and PSG are eyeing a move for him but the midfielder has decided to remain at Rennes for the 2020/21 campaign.

When asked about outside interest, Camavinga said, “Certainly when a big club is interested, it is nice. But I am not getting carried away.

Camavinga is a midfield enforcer, best suited to playing in a pivot role. His contributions in defence through his tackles and interception already showcases a maturity that is rare in players his age. The Frenchman is left-footed and is also capable of spreading the ball across the pitch.