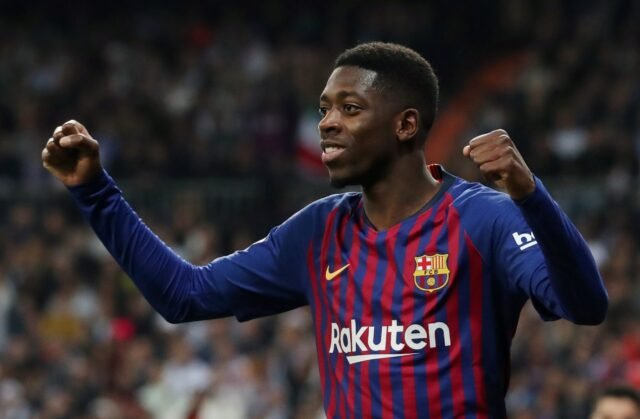 Dembele is edging ever closer to signing a deal at Stamford Bridge.

Ousmane Dembele has reportedly turned down PSG in favour of a move to Chelsea.

The Barca man has been linked with a number of clubs ahead of his expected departure from Camp Nou. His contract with Barcelona is set to expire at the end of June.

The 25-year-old was on the radar of various clubs such as Chelsea and PSG.

However, a recent report claimed talks between Dembele’s representatives and Chelsea had accelerated ahead of a potential move to the Premier League.

As per the reports of the Mirror, the Frenchman is edging ever closer to signing a deal at Stamford Bridge. He has reportedly rejected the advances of PSG.

Dembele has earlier worked with current Chelsea manager Thomas Tuchel during his time at Borussia Dortmund.

The 25-year-old attacker has netted 32 goals in his 150 appearances for Barcelona in all competitions.