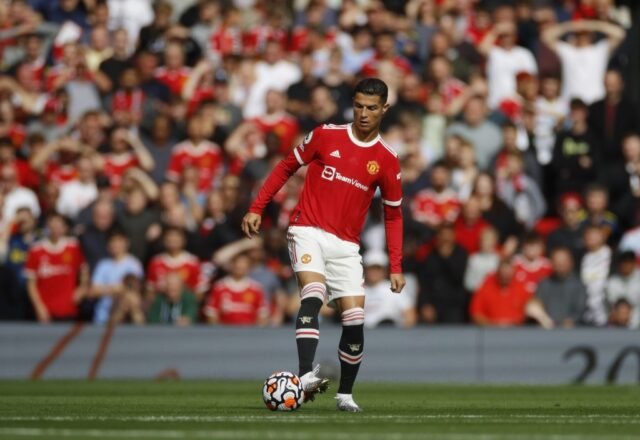 Cristiano Ronaldo is now back in the UK after an extended break in Portugal.

Ronaldo has been linked with a potential move away from the Red Devils after hinting at his determination to play Champions League football in the 2022/23 season.

United boss Erik ten Hag has stated his ongoing commitment to retaining the Portuguese but the exit rumours have continued.

Ronaldo missed United’s pre-season tour of Thailand and Australia, due to personal reasons, with speculation continuing over his future in Manchester.

Meanwhile, with the Premier League season due to kick off for United on August 6. He is now back in the UK after an extended break in Portugal.

Reports from Marca confirm the 37-year-old will rejoin his teammates with ten Hag set for a crunch meeting with the former Real Madrid hitman.

The Manchester club takes on Rayo Vallecano in their final preseason game, on July 31, and Ronaldo could feature, as a potential move away is unlikely to be resolved before August.

Tottenham forward expected to leave after the World Cup