PSG President Nasser Al-Khelaifi has been charged by the Swiss Attorney General in relation to a corruption probe.

In the midst of some hot news in football relating to rich middle-eastern owners corrupting European football (ahem talking about the Manchester City’s UEFA ban), PSG, another club owned by Qatar Sports Investments, is now under the media limelight.

The reports claim that PSG president Al-Khelaifi has been charged in connection with a three-year corruption investigation which also allegedly involves former FIFA secretary general Jerome Valcke and a third businessman (unnamed so far).

However, despite the initial uproar amongst football fans, it is being noted that Al-Khelaifi’s alleged crimes have nothing to do with his ownership of PSG or with him being a member of the UEFA executive committee.

The charges filed against Al-Khelaifi state that he incited Valcke to commit aggravated criminal mismanagement. The charge list reads as follows: 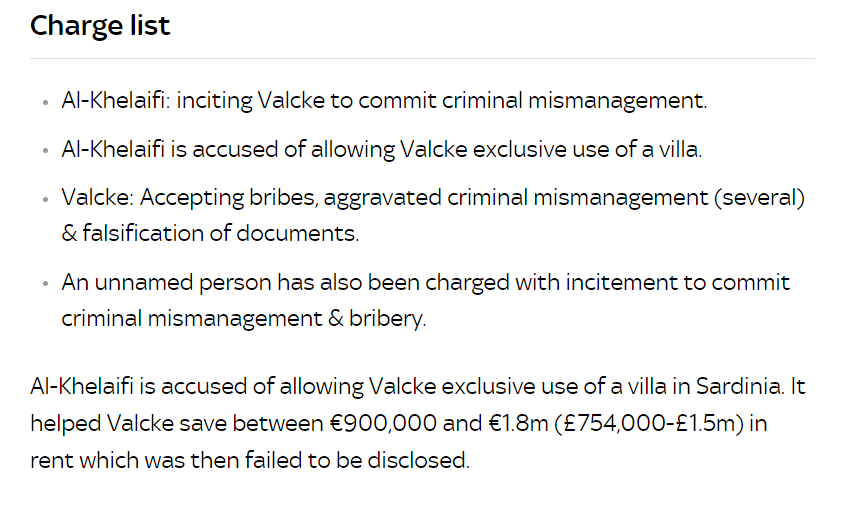 As expected, the PSG President has completely dismissed the responsibility for the charges. His statement read as follows:

“After an exhaustive three-year investigation, where I have fully and openly co-operated with the Public Prosecutor in Switzerland, I am pleased that all charges of bribery in connection with the 2026 and 2030 World Cups have been dropped,” Al-Khelaifi said.

“As I have said vehemently and repeatedly for three years, the charges have not – and have never had – any basis whatsoever, either in fact or law. It is now – finally – indisputable fact that the 2026 and 2030 agreements were negotiated at arms length and without any improper influence in any form.

“After the most forensic public, private, lawful and unlawful scrutiny of all my dealings, I have been cleared of all suspicions of bribery and the case has been dismissed definitively and conclusively.

“While a secondary technical charge remains outstanding, I have every expectation that this will be proven completely groundless and without any substance whatsoever, in the same way as the primary case.”

He added: “While I have co-operated with all authorities during the legal process, the three-year investigation has been characterised by constant leaks, misinformation and a seemingly relentless agenda to smear my reputation in the media – completely irrespective of the facts and the notion of due process.

“For that reason, I have requested the relevant Swiss authorities to open a criminal enquiry into the conduct of the investigation. I also reserve the right to take action against certain media who for three years have repeatedly published factually-unsupported and highly damaging articles, often based on illegally-sourced and – quite remarkably in some cases – faked and fabricated materials, to satisfy their narrative of my supposed guilt.”

The investigation is under the scanner right now.

Messi vs Ronaldo salary 2023 – who earns more money per week?