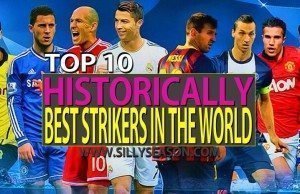 Strikers play a Pivotal role in a clubs success, the ability to convert or finish a goal is an important one, over the years we see A LOT of strikers come and go, but there are a select few that stick in the history books forever. In this list of Top 10 Historically Best Strikers In Football we compiled the strikers that made a huge impact in the game statistically.

These days we see the likes of Leo Messi, Cristiano Ronaldo, Alexis Sanchez, Diego Costa and so on mentioned as the best, However, those boys don’t compare to the Strikers on this list, on this list you will find THE BEST OF THE BEST, the lads who really made a huge impact playing the important role of GOAL SCORER for their retrospective clubs.

So who are the Top 10 Historically Best Strikers In Football? Have you ever wondered who are the Best Football Strikers of All Time? Some of you life long football fan will have heard or watched these players, for the ones that haven’t, then this will be a new learning experience for you.

Strikers in Football no doubt play a huge role and take on a lot of pressure to score goals, this causes quite a few players to flop, while others shine bright like a diamond and live on in the history books forever, we will soon find out who those select few footballer are below.  let’s find out which footballers make the Top 10 Historically Best Strikers In Football. 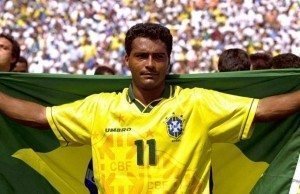 Starting at number ten on the list of Top 10 Historically Best Strikers In Football is Brazilian legend Romario. a former professional footballer who notably played for big clubs PSV Eindhoven and Barcelona back in the early 90s, The Brazilian ace still remains in the history books as one of the best strikers ever to play the game. He is also one of the many few players to score more than 1,000 goals in their whole career.