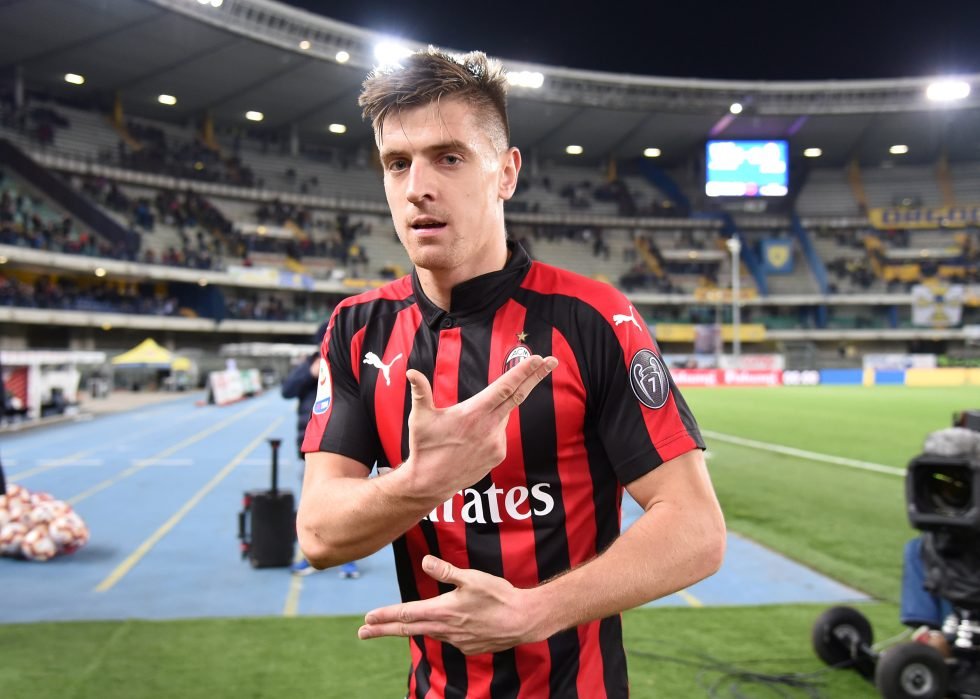 The talented striker has left Italy.

He is going to continue his career in the Bundesliga.

Hertha Berlin have announced the signing of Krzysztof Piatek from AC Milan, the club has confirmed.

„Krzysztof is an incredibly dangerous attacker who has already shown his quality and eye for goal at the highest level in the Serie A with AC Milan, as well as with his national side. Our attack will immediately improve in quality with this signing,” said Sporting Director Michael Preetz on Thursday. I’m sure he will help us improve and develop as a team.”

Piatek also seemed incredibly happy with his move to Berlin: “I’m so happy that this transfer got done. The way this club is going really convinced me that this was the right move for me and I’m so excited to play with my new teammates. I want to contribute to this development with plenty of great performances and hopefully lots of goals”.

?… But Piatek
He saw the light
He got the call from Michael Preetz
And off he went to Hertha BSC! ?#hahohe pic.twitter.com/rGiJLnWEaH

AC Milan centre-forward Krzysztof Piatek’s move to Hertha Berlin is done, according to reports from Germany and Italy, for €27m plus bonuses. Sky Italia had earlier reported that AC Milan have accepted a €27 million plus €3 million bonuses offer from the German outfit for Piatek.

After intensive negotiations this afternoon, the Poland international also agreed personal terms and will fly out for his medical over the next 24 hours. Tottenham also remain interested in Piatek, but are so far refusing to pay the Rossoneri’s price demands, or more specifically, are hoping to take him on loan with option to buy.

? On this day in 2019, Krzysztof Piatek scored his first goal for #ACMilan, and a second for good measure.

? A year later, he’s on his way to Hertha Berlin…

Piatek signed for AC Milan a year ago, with €38m paid to Genoa, but has struggled in the last six months at San Siro. The 24-year-old scored 16 goals in 41 competitive games for the Rossoneri, compared to 19 goals in 21 matches for Genoa. According to the report, the Rossoneri don’t intend to bring in a replacement for the Polish striker.

Suso has left for Sevilla, while Ricardo Rodriguez will join PSV Eindhoven after moves to Fenerbahce and Napoli collapsed. In all three instances, AC Milan were determined to have guarantees that the players would be sold, not just options to buy.