The Copa Del Rey is one of the oldest Spanish cup competitions. It is the main Spanish FA knockout tournament next to the Spanish La Liga.

Unfortunately for all Spanish Kings’ Cup fans, there are no matches today.

The round-of-16 matches will be played between 15th-19th January 2022 and the draw was held on 7th January at Las Rozas.

The results have been extremely erratic and different from the usual Copa Del Rey tournaments. This time – the three big teams of Barcelona, Real Madrid, Sevilla, Atletico Madrid will be fighting for the esteemed King’s Cup. The Blaugrana currently are the defending champions.

Sevilla were five-time defending champions last time before being knocked out by Barcelona in the semi-finals. Following their exit, Real Madrid also bowed out in the same round by losing 2-1 to Alcoyano.

The semi-final round of the Copa Del Rey is a 2 leg affair. The first leg is played on the 10th of February and the 11th of February this year. They have both been played.

The first leg for the Barcelona versus Sevilla match saw the scoreline end 2-0 in favour of Sevilla. On the other hand, in the other semi-final 1st leg between Levante and Athletic Bilbao, the match was a draw.

The Copa Del Rey fixtures 2021 have supported the La Liga teams to play full sides. Unlike in England, where the FA Cup, Carabao Cup and the Premier League are simultaneously played in full flow in December and January and February, Spain only has the La Liga and the Copa del Rey fixtures.

Round One (More fixtures) 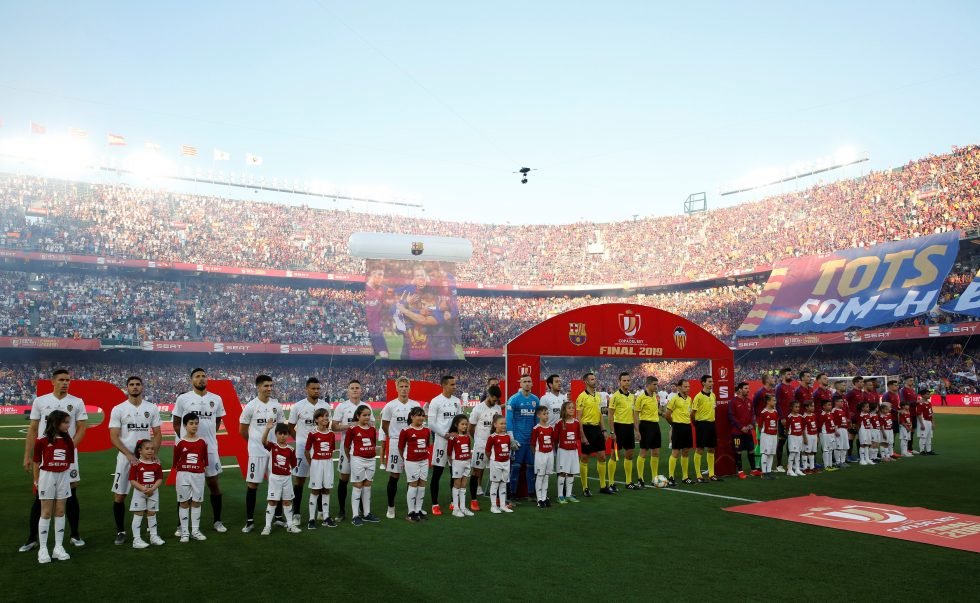 The Copa del Rey final will be held between Real Betis and Valencia on 23rd April 2022 at Estadio La Cartuja.